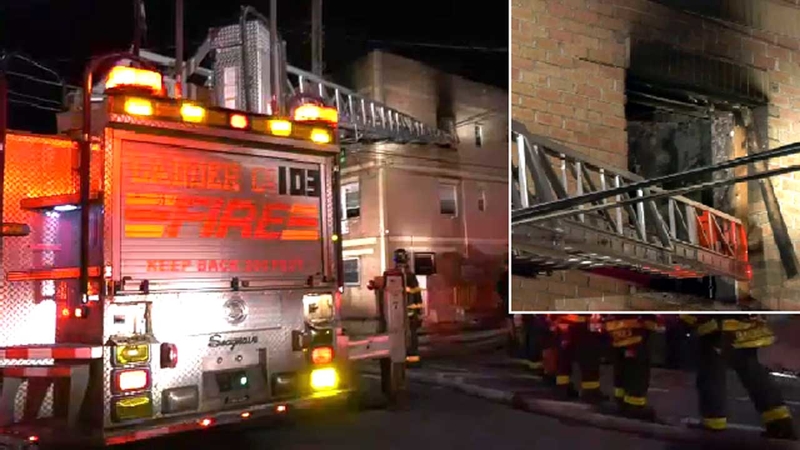 6 hurt, including 4-year-old boy and 2 firefighters, in Brooklyn fire

EAST NEW YORK, Brooklyn (WABC) -- Six people were injured, including a four-year-old boy and two firefighters, in a fire on the top floor of an East New York, Brooklyn, apartment building.

Firefighters arrived to find residents screaming out the windows for help.

They rushed into the building, found four residents and pulled them out

A four-year-old boy was rushed to the burn unit at New York Presbyterian Hospital - Cornell.

He was reported to have serious injuries.

"It's a little boy. I just see them rushing, I don't know, I was like, I just saw them rushing toward the ambulance so I'm not sure like how bad he is," said Racquel Kelly, an eyewitness.

"Was he breathing?" Eyewitness News asked.

"I can't determine that, but there was not movements, that's all I can say there was no movement," she said.

Two 37-year-old women, an 18-year-old man and two firefighters all suffered injuries. They were taken to the hospital with smoke inhalation.