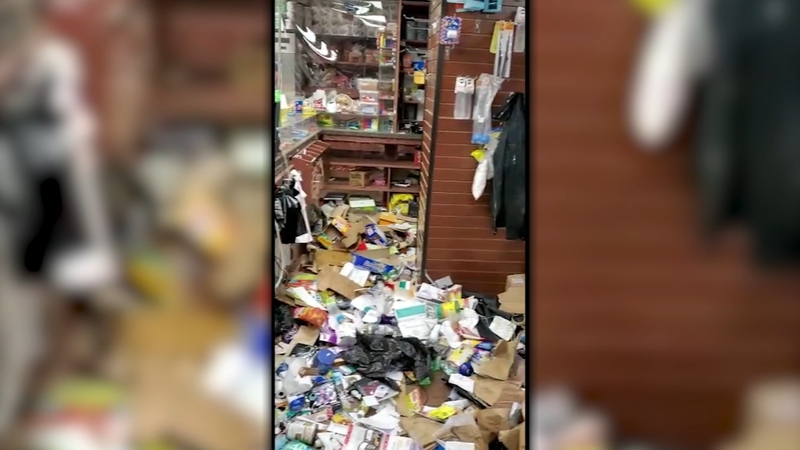 BRONX, New York City (WABC) -- A bodega in the Bronx is getting some help as it rebuilds after the store was badly damaged by looters.

Matanza Deli and Grocery on East 188th Street in Fordham Heights was the target of looting during the George Floyd protests.

Everything from lottery tickets to cigarettes to medications was stolen from the store.

On Sunday, they received a $5,000 donation from United Bodegas of America.

Looters caused more than $100,000 in damage to the store during rioting on June 2.

NJ Burkett reports on the cleanup after a night of violence and looting in the Bronx.