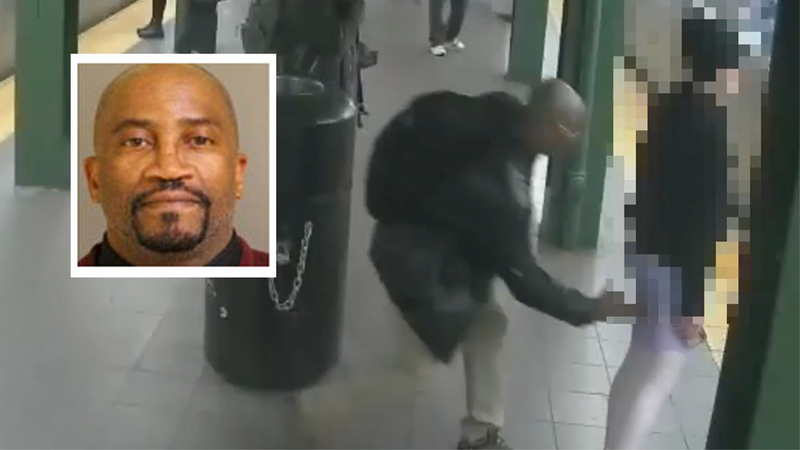 UNION SQUARE, Manhattan (WABC) -- Police have arrested a level 3 sex offender who served decades behind bars on charges of groping an 18 year old woman on a Union Square subway platform.

George Shaw, 54, is charged with forcible touching and sexual abuse. 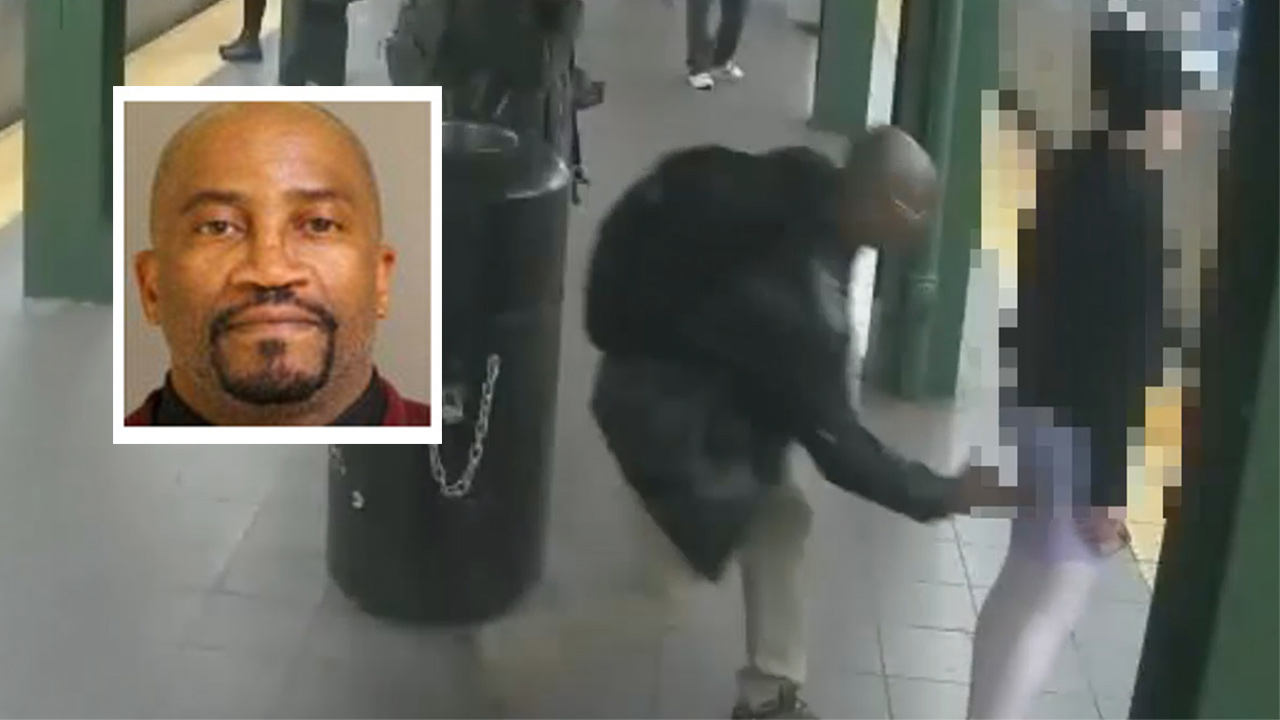 Mugshot of George Shaw and surveillance image of groping incident in which he is charged.

The NYPD previously released surveillance images of the incident on Nov. 29 on the southbound "R" train platform at the 14 Street-Union Square subway station.

Police say the suspect approached the 18-year-old female victim from behind and touched her over her pants.

Shaw was arrested in front of his home on Friday morning

A level 3 registered sex offender is the highest risk offender.