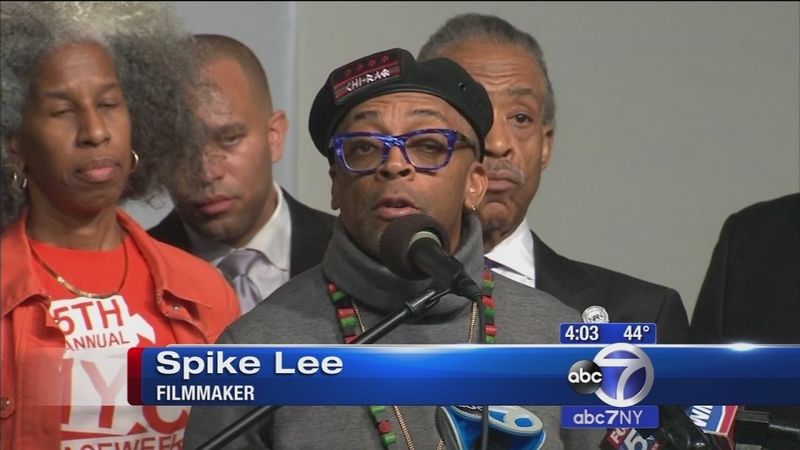 NEW YORK (WABC) -- Film director Spike Lee and the Reverend Al Sharpton are part of a major new national push to end gun violence, citing the murder of a 9-year-old boy in Chicago as an example of how severe the epidemic has become.

The initiative connects on multiple fronts, from proposed legislation to pop culture, to hearing the anguished plea of a Bronx mother.

"I got to live the rest of my life without my son," Shianne Norman said. "Seventeen- and 19-year-olds were the people who shot my son."

Four-year-old Lloyd Morgan is a glaring example of the senseless gun violence Norman and others want to stop.

The new initiative also brought out filmmaker Spike Lee, whose new movie "Chi-Raq" is about gang violence in Chicago.

"Satire will be the best way for us to tell this very serious story," he said.

Joining the very serious issue are lawmakers, civic activists and community leaders, who all want to raise greater awareness of gun violence and confront its deadly nature on many fronts.

"It is absolutely unacceptable that we are shooting our children with illegal guns," City Comptroller Scott Stringer said. "And then the next day, we act like nothing ever happened."

But Lee pointed out you can't be vocal after Laquann McDonald was shot 16 times by a Chicago police officer and silent after 9-year old Tyshawn Lee was killed.

"Tyshawn Lee is led to an alley and executed," he said. "It's not an either/or situation. It has to be both."