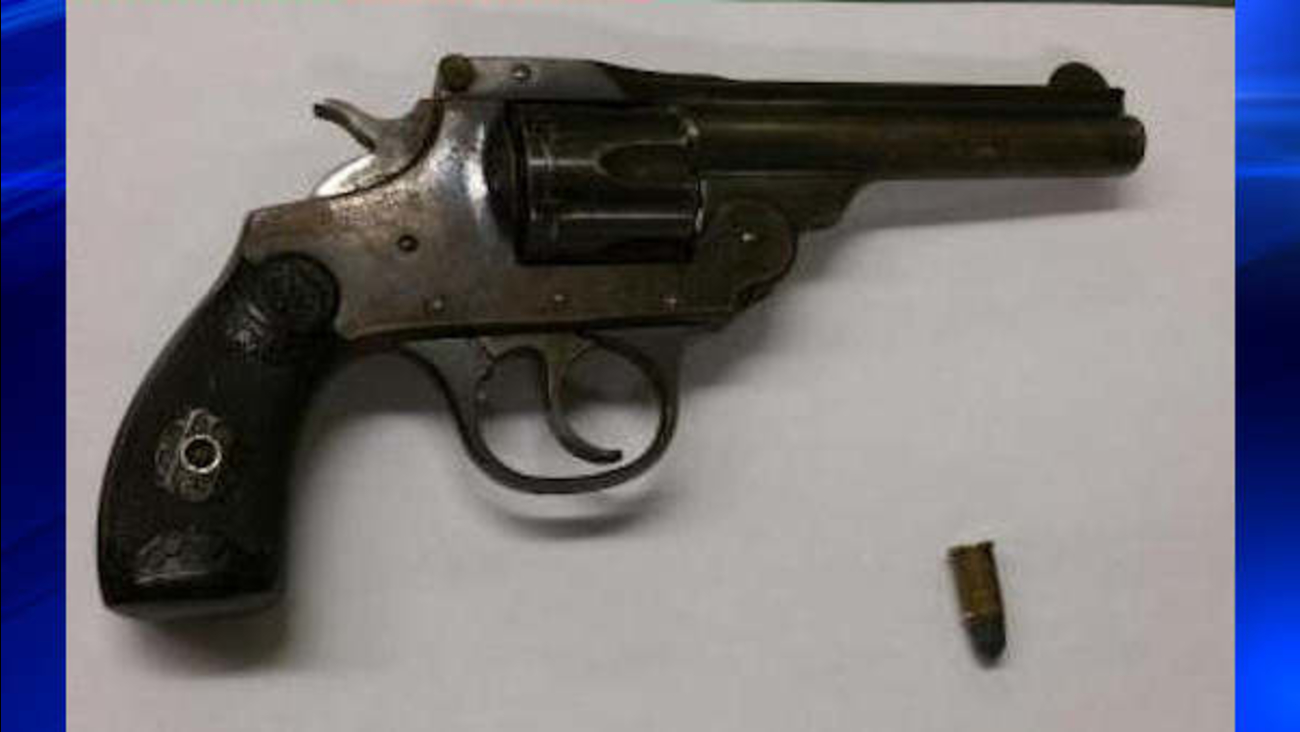 NEW YORK -- A teenager in Manhattan is under arrest, after police say he was caught carrying a loaded gun at school.

Police say a .32 caliber revolver was discovered in the student's waistband Friday morning at the Environmental High School on West 56th Street.

A school safety agent got suspicious after noticing the 16-year old boy taking a female classmate's hand and putting it on his waistband, and the classmate quickly pulling her hand away.

The suspect was escorted to a secure area of the school, and found with the weapon in his waistband, police say.

He was then placed under arrest and subsequently charged with Criminal Possession of a weapon: Loaded Firearm - School Grounds.