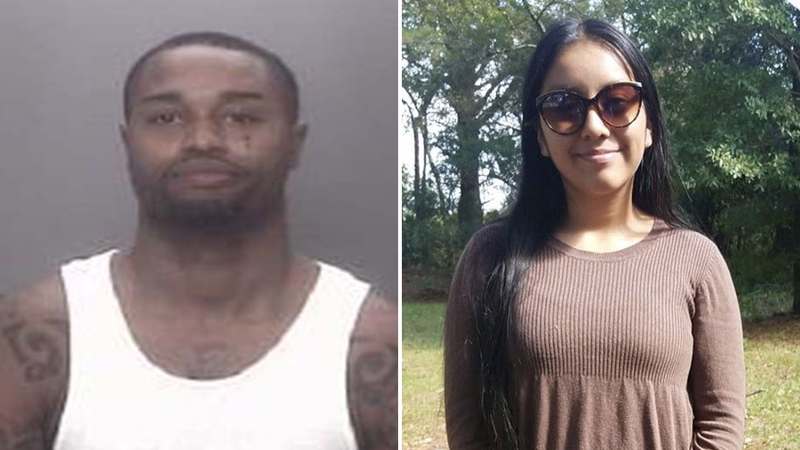 NORTH CAROLINA -- The FBI and Lumberton police have made an arrest in the kidnapping and murder of 13-year-old Hania Noelia Aguilar.

#Breaking-An arrest has been made in the murder of #HaniaAguilar. Per @FBICharlotte—Authorities arrested Michael Ray McLellan, 34, in connection with the kidnapping and murder of 13-year-old Hania. #ABC11 pic.twitter.com/QFCHEj8OAx

McLellan had already been in custody since November 13, when he was arrested on charges stemming from a separate case.

According to the arrest warrant, McLellan was charged with possession of a firearm by a felon, second-degree kidnapping and attempted robbery with a dangerous weapon stemming from an incident on October 15 in which he allegedly pointed a gun at a woman and attempted to steal her car and money.

The arrest warrants states that McLellan had already been convicted of a felony in 2007 after he committed a burglary while armed with a gun.

Since mid-November, McLellan had been housed at the Robeson County Detention Center. However, according to Fairmont Police Chief Jon Edwards, he was recently moved to the Central Prison in Raleigh due to misconduct.

Aguilar was kidnapped when she went to start her aunt's SUV before school at her home at the Rosewood Mobile Home Park in Lumberton, North Carolina on November 5. That's when a man dressed in black and wearing a yellow bandana covering his face forced her into the vehicle, authorities said.

Her disappearance sparked an intensive search. Drones, dogs, and scores of searchers on foot spent the following weeks combing the area.

Police found her body several weeks later in a body of water about 10 miles south of the mobile home park where she was kidnapped.

"This is the outcome that we all feared," Lumberton Police Chief Michael McNeill told reporters after the body was found. "We did not want to hear this. We wanted to bring Hania back home and bring her back home alive to our community. It hurts."

Police said they followed more than 850 leads and conducted nearly 500 interviews. The FBI's lab at Quantico, Virginia did a forensic exam on the stolen SUV, which was recovered a few days after Aguilar's initial disappearance.

McLellan is being held on no bond and is expected for his first appearance on these charges Monday.