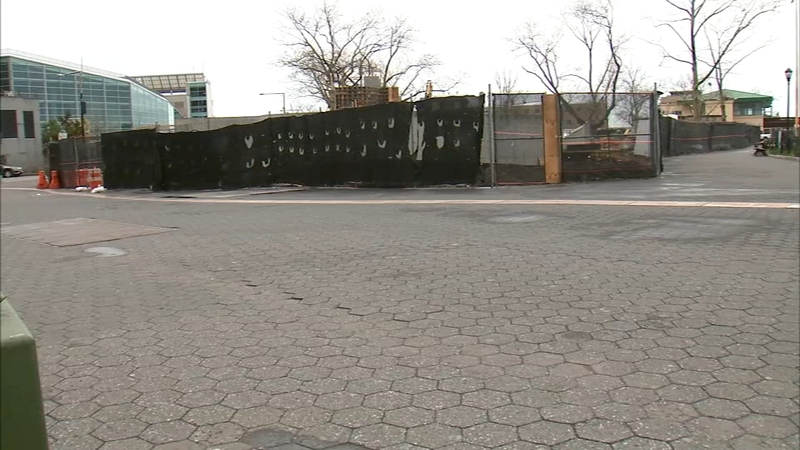 LOWER MANHATTAN, New York City (WABC) -- A Jewish couple and their 1-year-old son were all slashed Wednesday evening in Lower Manhattan in what is being investigated as a possible hate crime.

Authorities say the 22-year-old man was slashed in the head, the 23-year-old on the lip and the child on the chin.

It happened just before 6 p.m. on State Street, near the Staten Island Ferry.

Police say the victims were just walking down the street when a man who was reportedly talking to himself started swinging a knife.

Firefighters are on the scene of a massive factory fire in Staten Island.

Police took 30-year-old Darryl Jones into custody at the scene.

Police say he has been arrested at least seven other times and was just released from state prison in February after spending nine years behind bars for an August 2011 robbery and attack in Harlem.

In that attack, police say Jones struck a 50-year-old man with an unknown object, then punched, kicked and hit him in a stairwell. He then threw the victim down several flights of stairs.

"The parole system in New York State does not work," he said. "(It) takes people coming out of prison, including folks who have committed violent crimes, dumps them in New York City with no plan, no housing, no job, no mental health support. The state just dumps the challenge on the city, no coordination, and it creates tremendous problems, and it has to be changed."

Jones is undergoing a psychiatric evaluation, and the Hate Crimes Task Force is investigating.