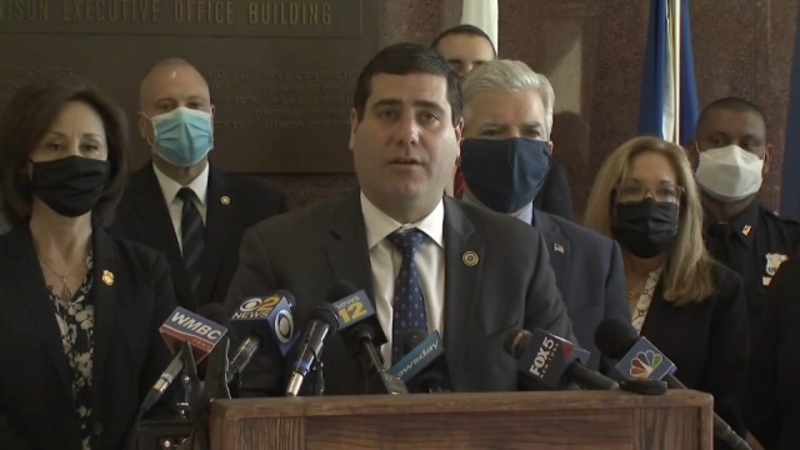 "Our nation is in the throes of a crisis right now in which members of non-white communities are being targeted and victimized," District Attorney Sini said. "Recently, members of the Asian-American and Pacific Islander community have experienced a heightened number of attacks, which goes against everything we value as Americans."

Officials say the task force will consist of specially trained prosecutors who will work with police to investigate suspected bias-motivated crimes.


Members of the task force will also assist the Suffolk County Police Department's Hate Crimes Unit and take part in advanced training on the investigation and prosecution of hate crimes.

Additionally, they will evaluate current hate crimes and make recommendations to state legislators on amendments to strengthen the laws if needed.

Specified offenses for hate crimes include:

The task force will also work with the Suffolk County Human Rights Commission to the enhance the Stop Bias program, an educational program which examines the motives for committing hate crimes.

"One critical piece of this effort is the Stop Bias Program, which was developed and instituted by the Human Rights Commission and is something we are looking to strengthen in collaboration with the District Attorney's Office so that we are addressing this issue in a comprehensive way and helping the community understand that hate crimes are not acceptable in Suffolk County," said Lynda Perdomo-Ayala, Chairperson of the Suffolk County Human Rights Commission.

The Hate Crimes Task Force includes eight attorneys and will be staffed 24/7.

This comes during a wave of hate incidents targeting the Asian American community.

Suffolk officials also announced a "Stop Asian Hate" rally would be held at noon on Saturday in Hauppauge to bring attention to the issue.