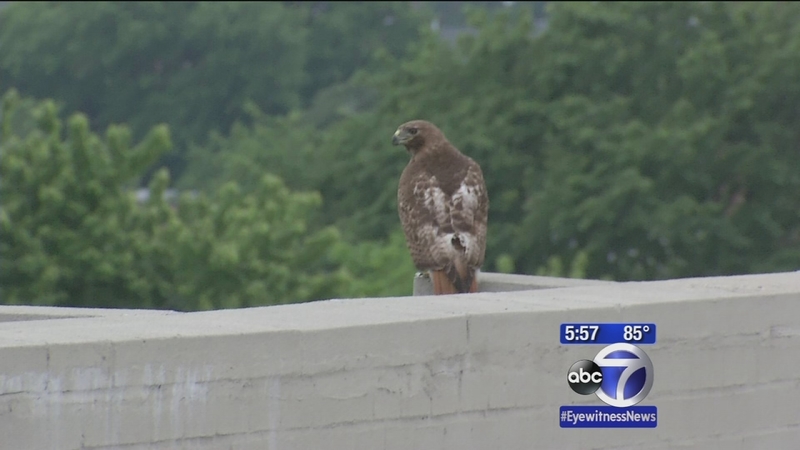 'The Birds' comes to life in Bedford-Stuyvesant

BEDFORD-STUYVESANT (WABC) -- A hawk attacked a woman in Brooklyn, and now some neighbors are afraid to leave their homes, saying the birds suddenly swooping down on people is a menace.

Tahjah Coleman used to enjoy her 6th floor balcony in Bedford-Stuyvesant, but on Thursday a red tail hawk swooped over and attacked her.

"I feel 'boom', kind of caught me by surprise," Coleman said. "I go to find out what it is. It scratched across the face and that's when I see it, it grabs me."

Tahjah smacked the bird away but the damage was done.

"I felt blood, put my hand on the back of my head and got a handful of blood. Immediately I panicked," she said.

She was taken to Woodhull Hospital, where she received a tetanus shot, rabies shot, and antibiotics. She says she's not just sore from the attack, but she is terrified.

"Do you feel like you're in the Alfred Hitchcock movie 'The Birds'?" we asked. "Kind of, yes indeed. Especially when I'm just sitting there, and he looks down, 'Oh let me pay you a visit.' He sits on the windowsill and makes noise, 'squawk, squawk," said Tahjah.

There are two adults and possibly two baby birds. Their nest is on a fire escape at 962 Gates Avenue. Celia Hofmann says her 12-year old son was nearly attacked, but it's her babies she's especially worried about.

"They can't fend for themselves. They're little guys, that's why I'm here, to protect them. And if I'm in the front I stay right by the door just in case," Hofmann said.

Tahjah doesn't want any harm to come to the birds, but she and her mother would like them to be evicted.

"I would like to have the birds removed because I can't even open up the window without thinking that they will bite through the screens inside my windows. I'm a prisoner in my own home, I guess I'm paying rent for them too," said her mom Hilda.