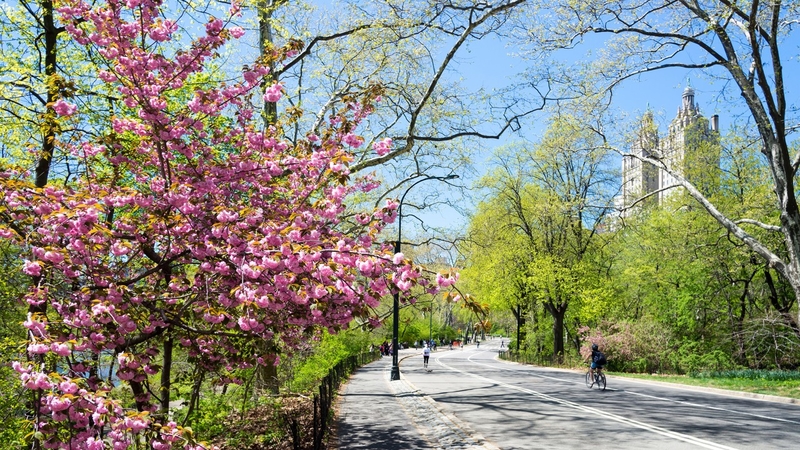 Bad allergies? Expert explains why and how to find relief

NEW YORK (WABC) -- If you're suffering from spring allergies you are not alone. The first week in May is historically the worst time of the year for pollen levels in New York City.

In case you're wondering why the pollen count seems so much worse this year than last year, there's a simple explanation.

"This time last year, we were on lockdown, so many people weren't coming in, but it does seem that people are more symptomatic this year, likely because they're out and about more as well," said Dr. Purvi Parikh with the Allergy and Asthma Network.

Parikh is also noticing a longer-term trend in allergy complaints, and she thinks it may be linked to climate change.

"As global warming increases, it's actually making the seasons longer, and making the pollen counts much higher," Parikh said.

And a longer growing season means pollen problems starting earlier in the year.

"We're seeing it some years as early as March, first week of March, even the end of February," Parikh said.

But early May is always a problem for allergy sufferers as the balmy breezes blow around pollen of all types.

"May is usually when there is still tree pollen because tree pollen starts as early as March and can continue until now, and then now also grass pollen is starting," Parikh said.

And it doesn't end there. Tree and grass pollen now gives way to weed pollen in the late summer and then ragweed in the fall.

"Until the first frost, there's pollen in the air," Parikh said.

It turns out that we can soften the blow from allergy season by continuing one simple practice.

"Studies have shown that mask-wearing decreases allergy symptoms because you're covering your nose and mouth, so you're less likely to breathe in pollen," Parikh said.

It's good advice that could make for a less irritating spring.