WABC
By Danielle Leigh
NEW YORK (WABC) -- The worst measles outbreak the US has seen in nearly three decades, centered largely in New York state, has reignited debate about vaccine mandates and the safety of vaccines.

Many people with concerns about the safety of vaccines point to the existence of a little-known federal program that has paid out more than $4 billion in vaccine-injury compensations, as proof parents have reason to hesitate before following current doctor-recommended vaccine schedules for children.

Congress initiated the program in response to the number of lawsuits filed against vaccine makers alleging individuals had been harmed by various vaccines, which led to concerns the threat of financial losses and further liability would keep vaccine manufacturers from developing vaccines.

The program created a no-fault alternative to a lawsuit and allows an individual or family of an individual who believes they or their loved one was harmed by a vaccine to file a claim.

The U.S. Department of Health and Human Services reviews the petitions, and the U.S. Court of Federal Claims determines whether to compensate the petitioner.

Often, the court settles petitions without determining whether the vaccine caused the alleged injury.

According to the Health Resources and Services Administration, about 70% of all compensations awarded by the program are the result of a negotiated settlement.

While doctors say certain people, for instance those with compromised immune systems, should not receive vaccines, they insist overall vaccines are safe.

"Serious side effects are very, very, very rare," Dr. Roberto Posada said. "It has been proven that the vaccine is safe."

Eyewitness News evaluated data from the program between 2006 and 2017 and found injury claims were rare.

Roughly one out of every 800,000 times a vaccine was administered, someone filed a petition alleging vaccine injury. And of those claims, roughly two out of three people received compensation.

For the MMR vaccine specifically, the statistics were similar.

Just under one out of every 800,000 doses of the MMR vaccine resulted in a petition, and about half of those petitioners were compensated.

Funding for the program is made available by a tax on vaccines.

In total, the program has paid out more than $4 billion to roughly 6,429 individuals.

On average, each person received just over $571,000, with the remaining dollars going to attorneys and attorney fees. 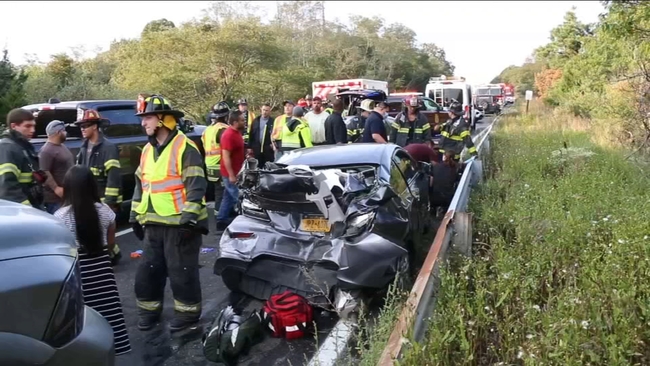