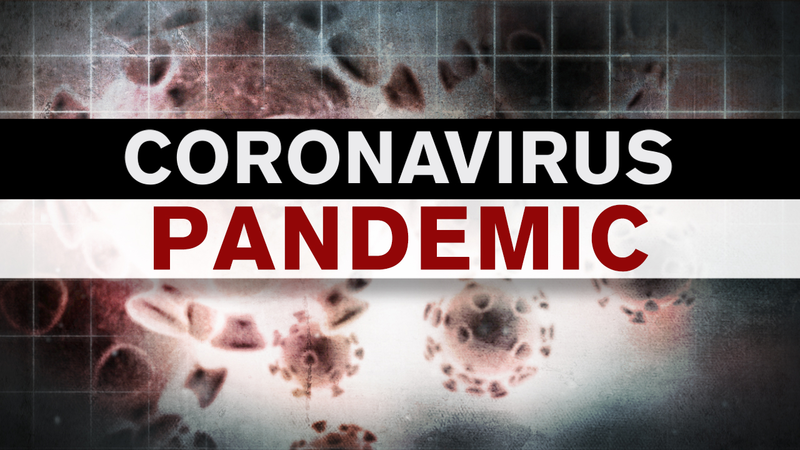 The New York City woman reportedly had an underlying respiratory illness, emphysema, for which she was previously hospitalized, Gov. Andrew Cuomo announced Saturday morning. The Rockland County patient had other significant illnesses that likely contributed to death, the county announced in a news release early Saturday evening.

Cuomo also announced an additional 100 cases, bringing the total in the state to 524, while Mayor Bill de Blasio announced 29 new cases in New York City -- including a member of the FDNY who works a firehouse in Brooklyn.

Cuomo on Saturday announced the state's first coronavirus death, an 82-year-old woman who passed away at a New York City hospital.

The New York patient was admitted on March 3 and reportedly had an underlying respiratory illness, emphysema, for which she was previously hospitalized.

"That's what we're going to see playing out now as a general rule," Cuomo said.

The woman died Friday at Wyckoff Medical Center in Brooklyn, where she had been in critical condition. The death in Rockland happened in the village of Suffern.

People contracting coronavirus who had an underlying respiratory condition are in a "grave situation," Cuomo said.

"It has already spread much more than you know," he said. "The infection rate will be massive."

New York City Mayor Bill de Blasio announced 29 new cases in the city, including a member of FDNY who works out of a firehouse in Brooklyn, bringing the total there to 183. He called on all New Yorkers to do their part to stay safe.

"We've known from the outset that these people are the most at risk in this pandemic, and today's news is a sad confirmation of that reality," he said. "We all have a part to play here. I ask every New Yorker to do their part and take the necessary precautionary measures to protect the people most at risk."

New York has the most cases of any state across the country, with hot spots in Manhattan and Westchester County, but officials are working to contain the spread of the virus through more testing.

The includes a drive-thru facility in the hard hit area of New Rochelle, which can handle upwards of 200 cars per day.

There are currently 117 people hospitalized in New York City.