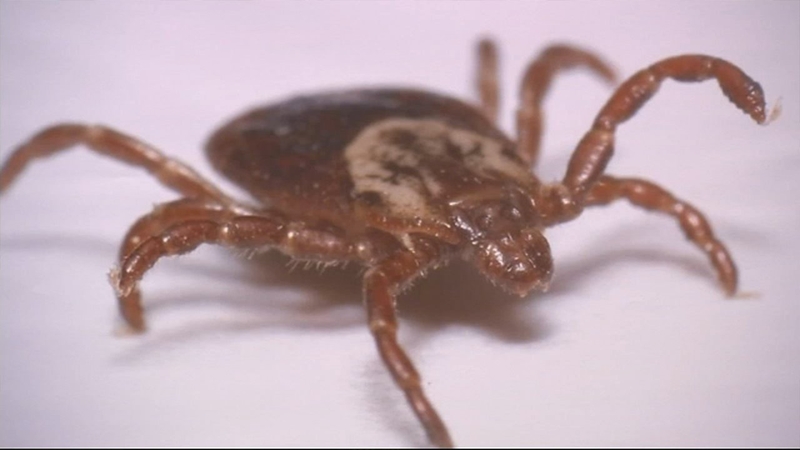 The Senate minority leader, appearing Wednesday on Long Island and in Rockland County, is urging the Centers for Disease Control to unlock $900 million in additional funding included in the recently passed federal budget.

Schumer says Long Island and the lower Hudson Valley are epicenters of diseases caused by deer ticks and public health officials in those areas need money as soon as possible to improve prevention efforts.

The CDC says ticks are responsible for about 50,000 reported illnesses annually in recent years, most of them Lyme disease. That number has more than tripled in recent years, and officials said there were more than 640,000 cases reported between 2004 and 2016.

While they wait for funds, many schools in the area have launched a number of innovative programs. First graders at Park Avenue Elementary in the North Bellmore School District are incubating bobwhite quail eggs. After they hatch, the quail will be released into the wild in areas where they eat thousands of ticks. It is a program now at many schools.

CDC Director Robert Redfield and Director of the agency's Division of Vector-Borne Diseases Lyle Petersen issued a caution to citizens on Tuesday, noting the diseases can be widespread and difficult to control.

Disease cases from #mosquito, #tick, and #flea bites tripled in the US from 2004-2016. Over 640,000 cases of disease spread by mosquitoes and ticks reported and 9 new germs discovered or introduced in the US. Learn more in new #VitalSigns. https://t.co/cNTztAgt5O pic.twitter.com/N6m7HhHpIx

Redfield said a reason for the large increase is because mosquitoes and ticks are moving into new areas around the country in combination with more people traveling internationally.

He added that increasing temperatures have also aided in longer seasons and more time for diseases to spread.

Since 2004, there have been nine new germs transmitted by ticks and mosquitoes with new tick germs accounting for seven of the nine new discoveries.

Experts want to remind the public to use EPA regulated insect repellent and treat their pets.