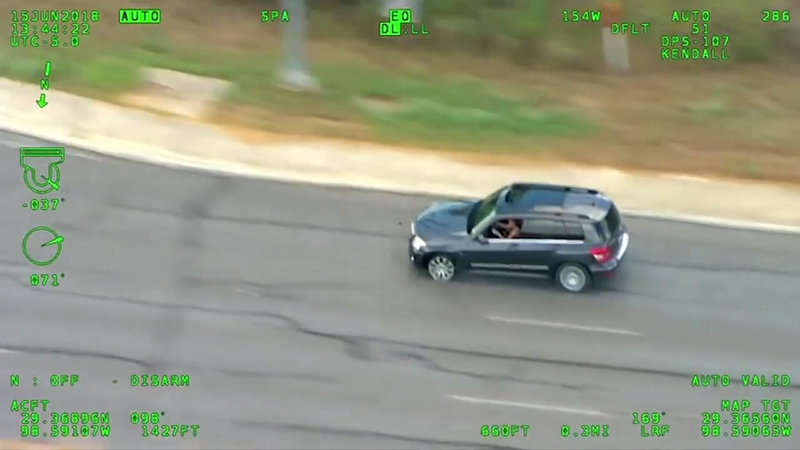 BEXAR COUNTY, Texas -- A woman in Texas is facing a list of charges, including child endangerment, after a high-speed chase.

Authorities say a video shared by the Texas Department of Public Safety on Friday shows Caitlyn Rodriguez, 29, weaving in and out of traffic on a Texas highway at speeds of up to 100 miles per hour.

Rodriguez allegedly sped off from an officer after she was pulled over for a traffic violation, WKEN reports.

Officials said an infant was in the backseat of the of Mercedes during the incident. Luckily, the child was not hurt.

Officers deployed spike strips, and eventually, the chase ended in a crash. Police say Rodriguez then grabbed a car seat and made a run for it.

Rodriguez was arrested and charged with evading arrest, endangering a child and possession of a controlled substance.

Authorities said she ran because of warrants for her arrest.