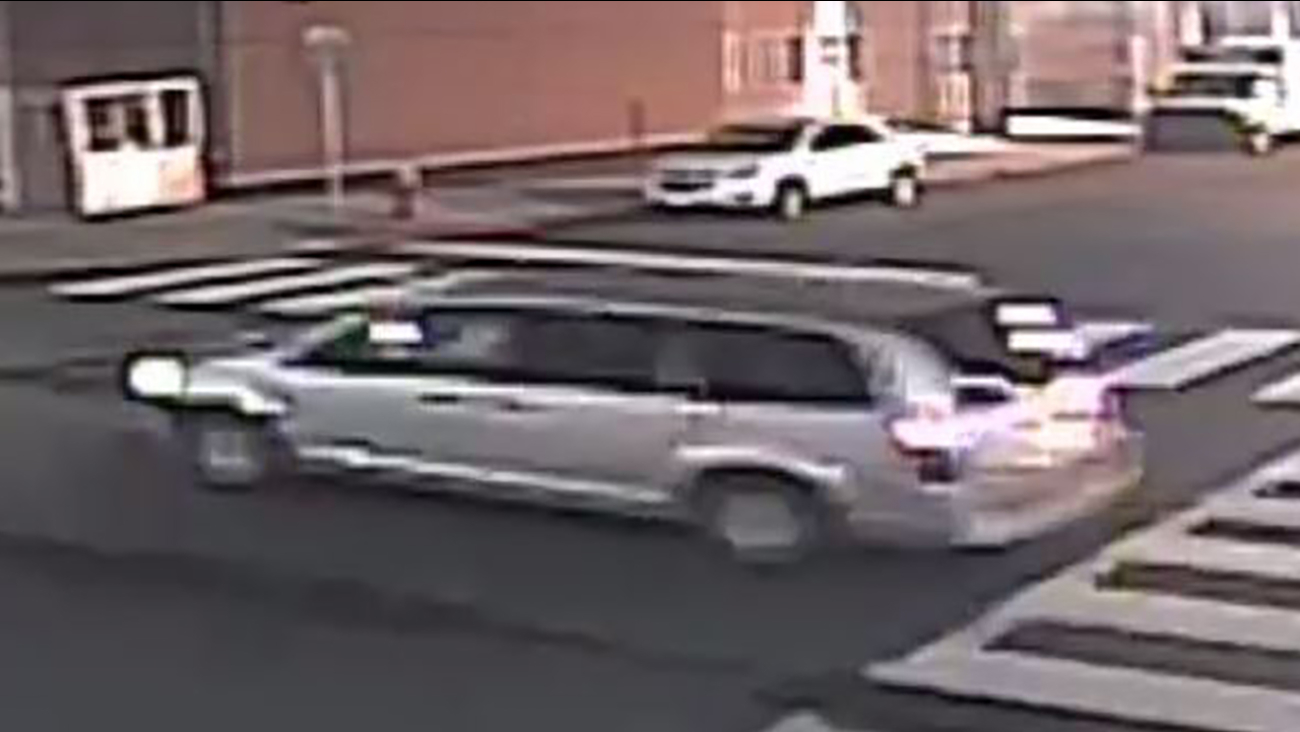 JERSEY CITY, New Jersey (WABC) -- Police are searching for the driver who left the scene after a crash in New Jersey that left a pedestrian critically injured.

It happened shortly after 11 p.m. on Halloween night at the intersection of Christopher Columbus Drive and Grove Street in Jersey City.

The vehicle then continued east on Christopher Columbus Avenue before turning north on Greene Street.

The man remains in critical but stable condition at Jersey City Medical Center.

Authorities released surveillance photos of the vehicle, describing it as light in color, possibly gray or silver.

Investigators believe that the minivan has side mirrors that are black and the passenger side mirror might be missing from the vehicle.

The minivan has window tinting on the rear windows and would likely have damage to the lower right side of the front bumper area.

Anyone with information about the collision is asked to contact the Regional Collision Investigation Unit at 201-915-1345.