WABC
By Anthony Johnson
MOONACHIE (WABC) -- Millions of people are counting down to next week's Macy's Thanksgiving Day Parade, getting ready to watch the 49 balloons, 27 floats and 1,000 clowns march through Manhattan.

And on Tuesday, organizers offered a behind-the-scenes look in a warehouse in Moonachie at the floats that will be part of the 88th annual parade.

The visit to the Macy's Parade Studio featured all of the newest floats that will be on parade along Central Park West down to Herald Squre this Turkey Day.

"They're so big and so incredible," Emily Angel said. 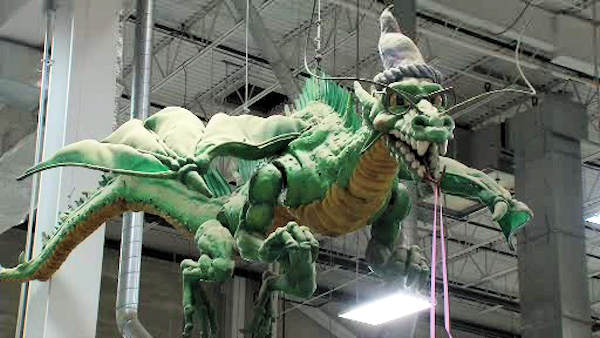 PHOTOS: Macy's shows off Thanksgiving Day Parade floats
See images of many of the floats that will parade through Manhattan on Thanksgiving Day
There are five amazing new floats, including Cracker Jack Popcorn's At the Ballpark, which features a JumboTron where many in the crowd of 3.5 million spectators will see themselves at the parade.

There is a new Dora and Friends float called Aventuras Fantasticas, as well as GoldieBlox's The Girl-Powered Spinning Machine.

"Pirates Booty's Treasure Hunt" is brand spanking new, along with the "Sino-American Friendship Association's Beauty of Beijing, which is covered in displays of Chinese culture.

It took a year to create and craft the new additions, and Tuesday marked their coming-out party for a very special audience of some very lucky students.