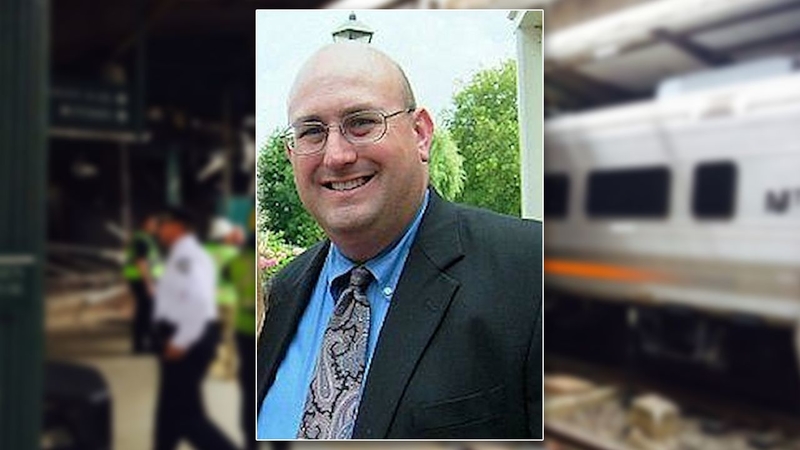 HOBOKEN, New Jersey -- Engineers suffering from sleep apnea must have the fatigue-inducing disorder under control before they will be allowed to operate trains for the New Jersey commuter railroad whose train slammed into a station in September, killing a woman and injuring more than 100 people.

New Jersey Transit disclosed the policy change to The Associated Press on Monday as federal regulators prepare a safety bulletin that will urge all railroads to screen for sleep apnea. The engineer in the Sept. 29 crash in Hoboken was later found to have the condition.

New Jersey Transit said Monday it previously allowed engineers with sleep apnea to keep working as long as they were being treated. It changed the policy in early October, banning engineers with the disorder from operating trains until they can show that it has been controlled, spokeswoman Jennifer Nelson said.

"If an employee shows any indication of potential fatigue symptoms they are declared not fit for duty," Nelson said.

Federal Railroad Administrator Sarah Feinberg told The Associated Press this week's safety advisory will urge railroads to screen and treat sleep apnea and call on them to install inward-facing cameras in train cabs to record engineers' actions and aid investigations.
The FRA first recommended sleep apnea testing in 2004, suggesting that railroads prohibit diagnosed employees from performing safety-sensitive tasks, such as operating a train, until the condition responds to treatment.

Metro-North, the suburban New York railroad that had a deadly sleep apnea-related crash in 2013, allows its engineers to operate trains as long as they're undergoing treatment, spokesman Aaron Donovan said. Metro-North's screening program found that 1 in 9 of its engineers suffers from sleep apnea.

NJ Transit has screened engineers and other employees in safety sensitive positions for sleep apnea since 2005. NJ Transit would not say if the engineer in the Sept. 29 crash, Thomas Gallagher, was screened, citing medical privacy and the ongoing investigation.

Gallagher's lawyer, Jack Arsenault, said NJ Transit was informed on Oct. 7 that a doctor concluded Gallagher was likely suffering from sleep apnea. Gallagher underwent a sleep study that confirmed the diagnosis, Arsenault said, and the results were sent to federal investigators on Oct. 31.

Gallagher had passed a physical in July and was cleared for duty, Arsenault said. The engineer told investigators he felt fully rested when he reported to work.

Sleep apnea sufferers are repeatedly awakened and robbed of rest as their airway closes and their breathing stops, leading to dangerous daytime drowsiness. Treatments include wearing a pressurized breathing mask, oral appliances or nasal strips to force the airway open while sleeping. Some severe cases require surgery.

At least one deadly commuter train crash and two freight train crashes in the last five years have been blamed on sleep apnea.

"You end up with an engineer who is so fatigued they're dozing off, they're falling asleep in these micro bursts and they often have no memory of it, and they're operating a locomotive at the time, so they're putting hundreds of people in danger," Feinberg said.
The FRA advisory, akin to a strong recommendation, is a stopgap measure while regulators draft rules that would require all railroads to screen engineers for sleep apnea. That process could take years, and Feinberg said railroads shouldn't wait for the government to force action.

"At this point it's unacceptable to wait any longer," Feinberg said.

Gallagher told investigators he had no memory of the crash and only remembered waking up on the floor of the engineer's cab after his train slammed into a bumping post at double the 10 mph speed limit.

Metro-North started testing for sleep apnea after the 2013 New York City crash, in which a train sped into a 30 mph curve at 82 mph and derailed, killing four people. The engineer had fallen asleep at the controls. The Long Island Rail Road is in the process of starting a testing program.

Regulators are also pushing for bus and truck drivers to get tested.

Currently, train engineers are required to undergo vision and hearing testing at least every three years. Some railroads require annual physicals, but there are no federal standards for comprehensive medical exams.