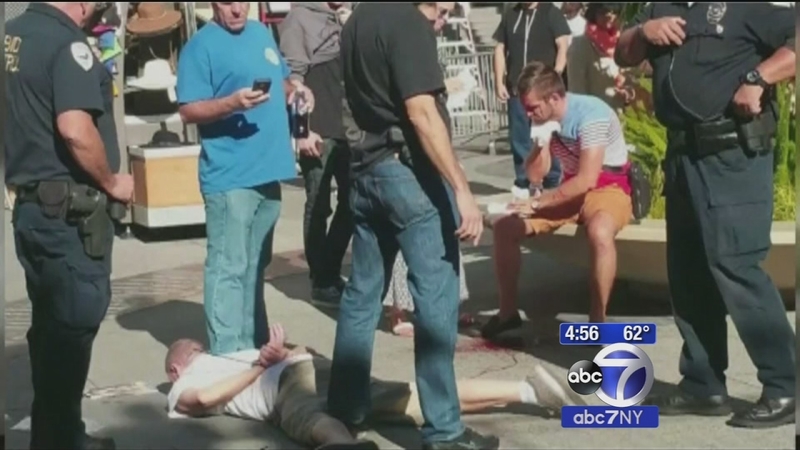 HOLLYWOOD, Calif. -- A tourist who was shopping with his family was attacked at the Hollywood and Highland Center in Hollywood Wednesday, and off-duty police officers from New York City jumped in to help.

Police said they received a report of someone getting stabbed in the area around 1:11 p.m. While the crowd was screaming and running, two plainclothes New York police officers stepped in and subdued the suspect at gunpoint.

The LAPD said the Russian tourist was with his wife and two young daughters when he got into an altercation with a man, who police believe was homeless. Witnesses say the father was trying to protect his family and was stabbed repeatedly with a kitchen knife.

"They (were) all behind him, and he was standing in front, and the guy was rushing toward him, so he was fighting him off," one witness said. "He got sliced in the head, he got sliced in the neck, arms...there was a puddle of blood just sitting on the ground."

The suspect has been identified as 54-year-old Donald Offerman. He has been charged with attempted murder and his bail was set at $500,000.

The man who was stabbed was taken to the hospital in stable condition.