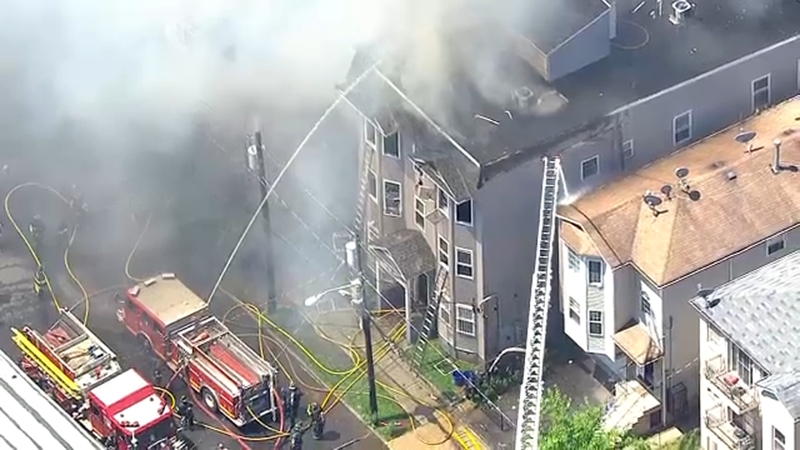 Fire burns through homes in Newark

NEWARK, New Jersey (WABC) -- A firefighter was injured battling a two-alarm fire in Newark Thursday that displaced 23 residents, including children.

He was evaluated at the scene by EMS and remained on duty.

No other injuries were reported, but seven families, including 15 adults and eight children were relocated from the neighboring buildings.

The fire was considered under control at 12:32 p.m.

The cause and origin of this fire is under investigation by the Department of Public Safety's Arson Unit.