What to know about Yankees and Astros' ALCS rematch 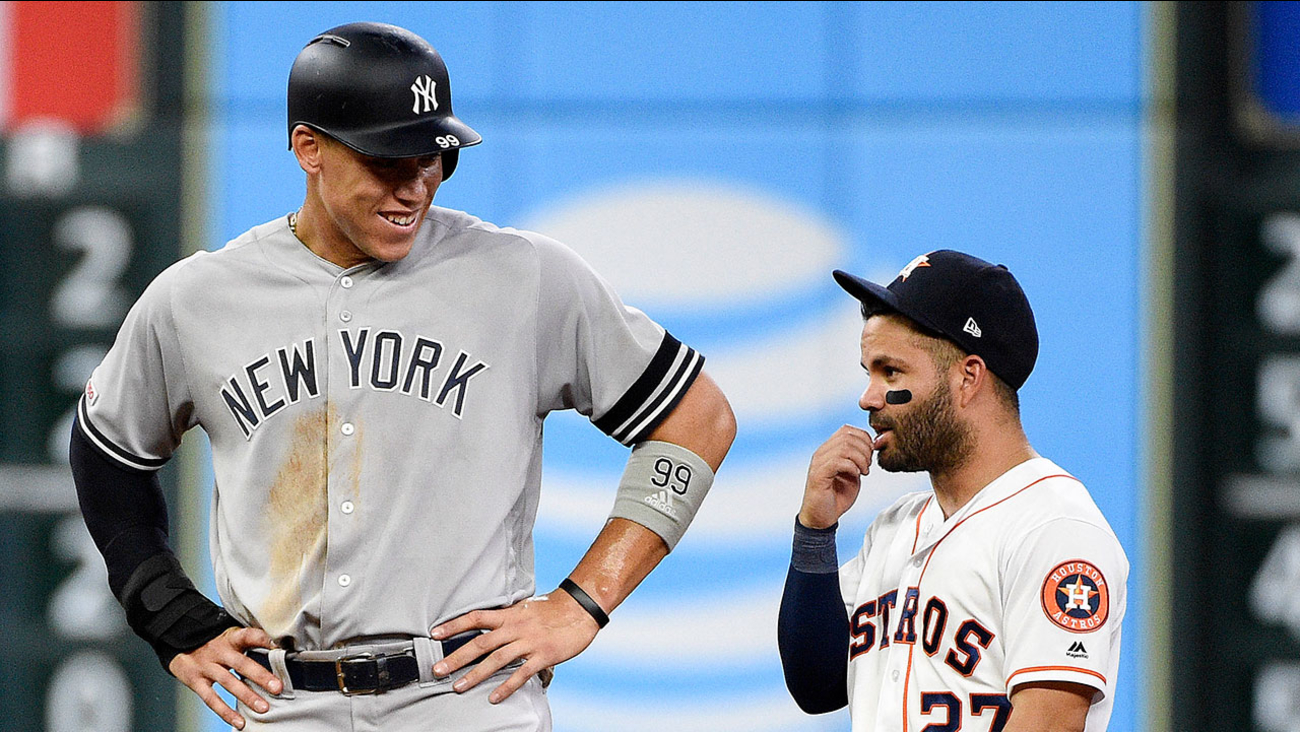 HOUSTON, Texas (WABC) -- The New York Yankees and Houston Astros are meeting in the 2019 American League Championship Series, a rematch of the seven-game 2017 ALCS.

The two teams will face off in Houston for Games 1 and 2 on Saturday and Sunday.

In the 2017 ALCS, the Astros came back from a 2-3 series deficit to win the pennant and a spot in the World Series.

Here are the things you should know about the rematch:

The Astros hold homefield advantage for their third straight ALCS. So, the first two games will be played at Minute Maid Park. If the series goes the distance, four of the seven games are being played in Houston.

Game 1 is Saturday. Game 2 is Sunday. The first pitch will be at 8 p.m. EST for both games.

Unlike 2017, the Yankees didn't have to play a Wild Card Game or come back from an 0-2 ALDS deficit to advance. The Yankees dominated the Minnesota Twins in a three-game sweep this time around.

In seven 2019 regular season games between the two ALCS combatants, the Astros gained the advantage, winning four of the contests.

What has changed about the Yankees since the championship series two years ago? Let's start in the dugout, wheremanager Aaron Boone replaced Joe Girardi after the Yanks' elimination in 2017.

The Yankees also added former National League MVP Giancarlo Stanton, who has been relatively quiet during his tenure so far with the Yankees. He is a weapon, though, capable of home runs out of nowhere.

The Yankees have also been exceedingly competitive despite a rash of injuries with both position players and pitchers.

The following games will be played if they are necessary: