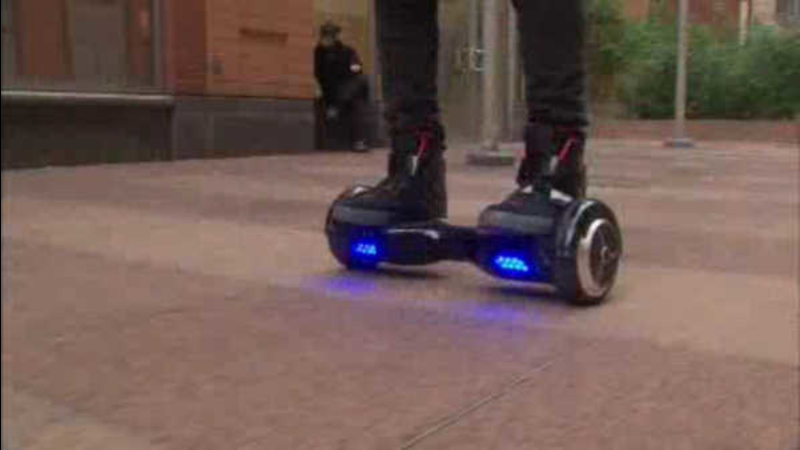 NEW YORK (WABC) -- In New York City, it is illegal to use a hoverboard, or an electric unicycle, but there's now a small movement to make them legal. Hoverboard advocates say it is now time for the law to catch up to technology.

There have been all kinds of problems with new devices. In Lacey, New Jersey, a hoverboard being charged on Sunday caught on fire, and badly damaged a home. In Bergenfield on Sunday, a broken hoverboard wire ignited a small fire. Also, in Houston on Monday, there was a small explosion and fire in a mall when someone tried to charge a broken hoverboard.

When asked about changing the law to make hoverboards legal in New York City, NYPD Commissioner Bill Bratton scoffed at the idea. He said that it is his understanding that city council is developing a leg proposal that he he'd be involved in reviewing and contributing to, saying anyone who buys 'one of those things' is 'out of their mind'.