7 On Your Side Exclusive: Most HRA police summonses tossed out 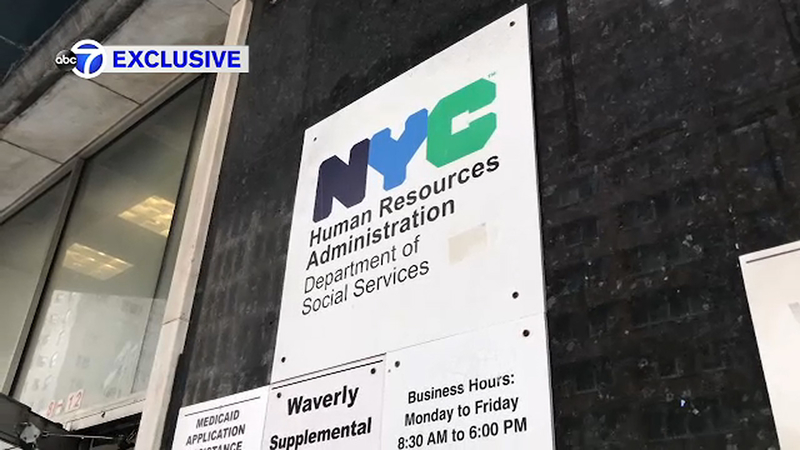 7 On Your Side Exclusive: Most HRA police summonses tossed out

NEW YORK CITY (WABC) -- 7 On Your Side Investigates has uncovered more disturbing claims against the welfare agency police after similar reports over the past few months, and further examination has uncovered a surprising trend regarding the allegations against those given summonses.

It is the third such incident we've reported happening at the offices of Human Resources Administration in Lower Manhattan.

Defane Wilson went to the welfare office to seek prenatal benefits, but instead, the expecting mother got arrested for trespassing.

"It was extreme, absurd," she said tearfully. "They had two handcuffs on me. I'm asking them, 'Why are you doing all this?'...It's just too much. It's an emotional experience."

Wilson had been cuffed after becoming upset about having waited five hours past her appointment for the prenatal assistance.

"They gave me a ticket for trespassing, even though no one asked me to leave the building," she said.
EMBED More News Videos

Earlier 7 On Your Side investigations revealed other aggressive arrests by the Human Resources Administration, including the disorderly conduct arrest of Victor Rivera.

"He punches me three times in the face, that's when I drop to the ground," Rivera said.

He says he feared for his life when he was cuffed and taken to a back room by an HRA officer following a heated verbal exchange.

There's also the case of Laura Zilioli, who was arrested by HRA police, handcuffed, and taken to a back room.

While cuffed, Zioli was sexually assaulted by an officer.

"I felt like screaming," she said., "I wanted someone to hear me."

The officer was convicted and is serving a five-year prison sentence.

In all three cases, their summonses were tossed out by a judge -- something our investigation has found happens in nearly four out of five cases.

We found that out of 576 criminal summonses issued by HRA police last year, 443 of them were dismissed. That means the court tossed out 77 percent of all HRA arrests.

"There needs to be more training, better training," said Stephen Levin, who chairs the City Council committee that has oversight of the welfare agency.

"We on the council should be taking a look and assisting on accountability," Levin said.

Centeno said that HRA officers issue summonses "only as a last resort when a client has committed a Penal Law violation that endangers other clients or staff."