7 on your Side: ID theft avalanche targets woman with 17 attempts to open fake accounts 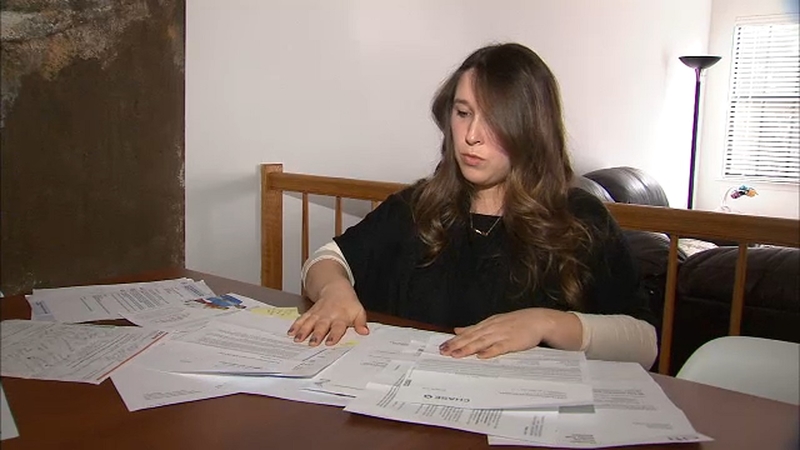 NEW YORK (WABC) -- It's not a matter of 'IF' -- but 'when' -- when it comes to having your identity stolen. That's the dire warning from cyber security experts, after numerous data breaches exposing millions of birthdates and social security numbers.

Thieves targeted one young woman, and jeopardized her excellent credit by attempting to open 17 lines of credit. Retail, cell phone, credit cards were all opened with rapid fire.

Tara Nicolson thought she knew what to do when the fraud first started - she changed her passwords and monitored her accounts and credit, but finally she had to turn to ID theft experts to stop the hackers in their tracks. She and her husband believe her identity was stolen just after their baby was born in October. Lily is eight weeks old now, and in that two month precious time period, the first time mom's been dealing with a calamity of credit.
Nicolson got hit wit a avalanche of attempts to open fake accounts in her name.

Nicolson's first tip-off she was getting ripped off was a call from someone claiming to be 'Charles' with Capital One's application fraud team.

"We have a sent a secured link to the email address provided requesting a copy of a government issued id " said the man on the voicemail. A week after that suspicious phishing call came the storm of applications.

"It's terrifying someone can wake up and have 17 lines of credit open in their name" said CyberScout's founder, Adam Levin.

Now, no one can open new credit in Nicolson's name without a PIN number and only she can un-thaw the credit freeze.

What's the number #1 lesson she learned from her ID theft bombardment?

"I always go to the website I would not call back any of these numbers it's too risky" she says.

CyberScout also advises it clients:
1) Use long and strong password