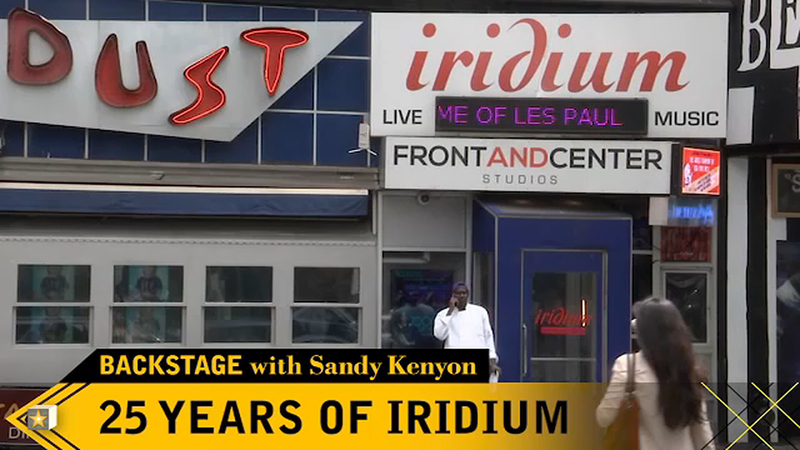 MIDTOWN, Manhattan (WABC) -- If guitar gods had a Mount Olympus, then Iridium would be the summit.

For musician Stanley Jordan, it is the intimacy of the famed Manhattan club that makes it so special.

"I love playing the Iridium, because I'm so close to the audience," he said. "And I feel like I'm kind of getting their perspective on it."

Jordan started in jazz and then branched out, and Iridium has followed a similar arc.

"We were a jazz club for a long time," owner Ron Sturm said.

That is until one man -- Les Paul, known as the father of the electric guitar -- made Iridium his home away from home.

"Les Paul would sell out every Monday night, and we would have everyone from Slash to Keith Richards to Eddie Van Halen to Jimmy Page to Paul McCartney come in and see Les," Sturm said.

Paul held court at the venue for more than a dozen years, playing well into his 90s.

"He just said this kept him alive and this was his therapy," Sturm said.

And as such, he put the club on 7th Avenue and 51st Street on the map.

"Rather than go home and count my money, or rather than try to raise my face up and be above others, no, I just want to be another guy," Paul said in 2008.

"Les was a really special guy," Sturm said. "Les was hard driving, a perfectionist, but if you were in his inner circle, he loved you. Then Les passes, and the way we pivoted, we basically became a guitar mecca. Guitar Magazine called us the best guitar club in America. People, when they step on our stage, they assume the mantle a little bit of Les Paul or they at least want to touch the stage where Les was. So we get incredible talent that nobody could get in a space our size. This is a really important place for them. As Steve Miller said, this is sacred ground."