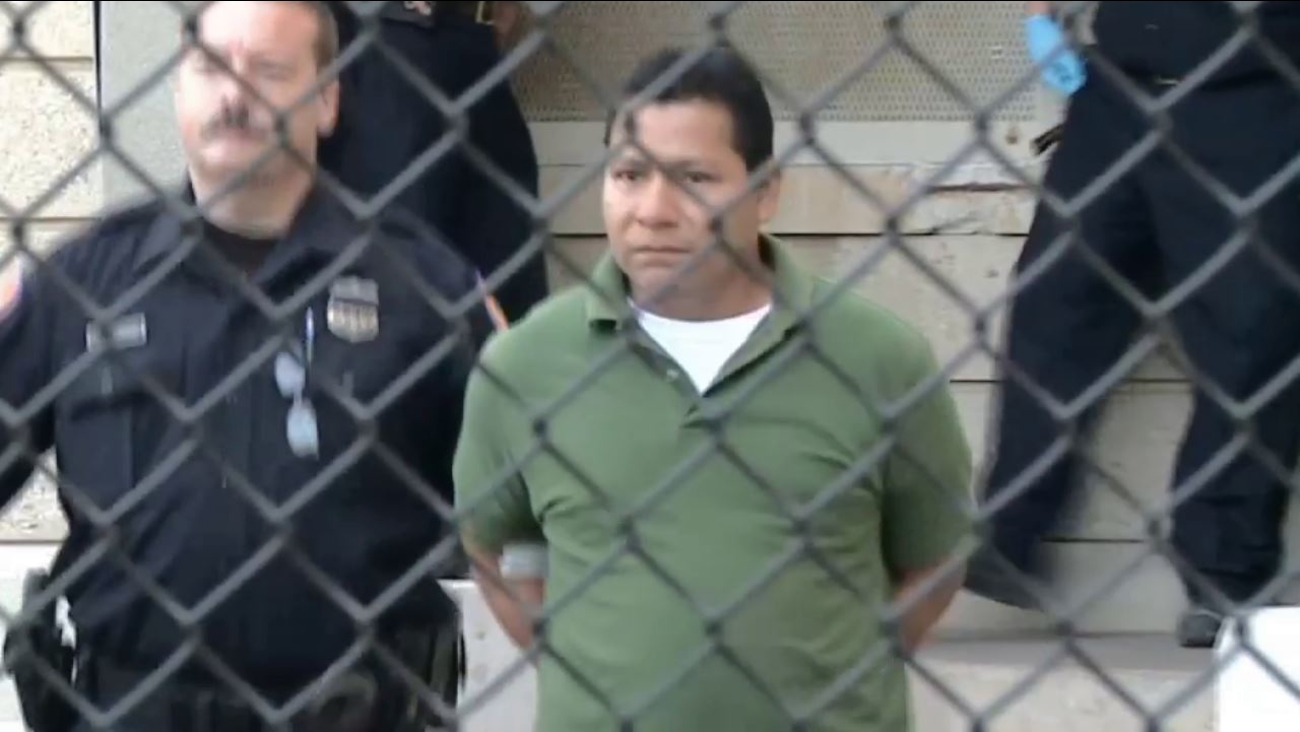 QUEENS, New York (WABC) -- A Long Island man was arrested again recently, accused for the third time in just over a year of a sex crime.

Edward Ramirez, 44, is accused of sexually assaulting two sisters, ages 5 and 6, while working as a truck driver delivering furniture in Queens last week.

He was arraigned Monday afternoon for sexually molesting the sisters and was held on $50,000 bond or $25,000 cash.

Ramirez, of Glen Cove, also was arrested in June, accused of filming women in a bathroom at a Nassau County restaurant.

According to police, he was arrested and charged with unlawful surveillance after a woman saw a man leaving the women's bathroom at Jack's Shack restaurant in Glen Head. She went into the bathroom and noticed a recording cell phone taped under the sink pointed at her, according to the Nassau County Police Department.

Ramirez works at the restaurant and was arrested at the scene.