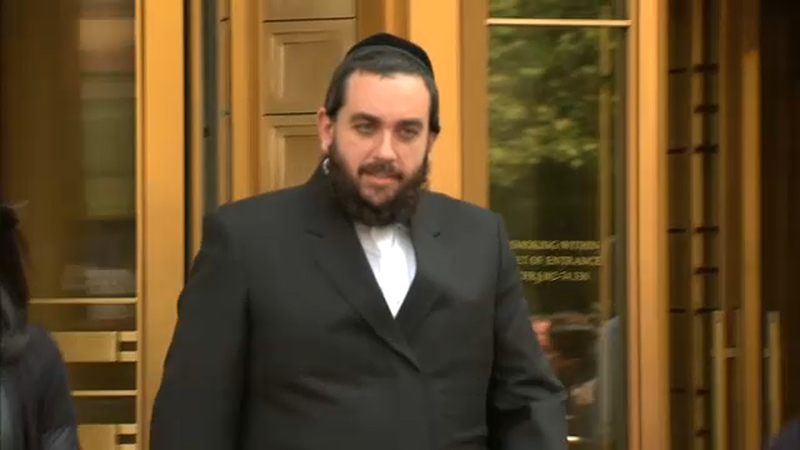 Grant, accused of trading police favors in exchange for lavish gifts, was found not guilty on all counts by a jury.

Reichberg, however, was found guilty on all but one count of bribery and conspiracy. He was found not guilty on one count -- that he had paid bribes to Grant.

Prosecutors say he provided gifts and perks to officers in return for favors, including one alleged gift that included a private flight in 2013 with a paid escort.

"These illegal acts clearly undermine the mission of the NYPD and leave the citizens of New York City poorer, and Reichberg's subsequent attempt to hide evidence of his scheme from law enforcement cannot be tolerated," Manhattan U.S. Attorney Geoffrey Berman said. "We respect the jury's verdict as to James Grant, and we thank the jurors for their service during this lengthy trial. Our office will continue to work with the NYPD and the FBI to prevent corruption."

Prosecutors had said that in exchange for the bribes, Reichberg and others "got a private police force for themselves and their friends."

Federal prosecutors accused Reichberg of working with a wealthy associate named Jona Richnitz, who pleaded guilty to a lesser fraud charge and served as a witness in Reichberg's trial.

Both Reichberg and Richnitz were big donors to de Blasio, and as a result, the mayor briefly fell under scrutiny but faced no charges.

"This is someone I came to know for a limited period of time, did not know well, and obviously, the issue is resolved," de Blasio said after the verdict. "I tuned it out, honestly, because it had nothing to do with me."

A criminal complaint described how Reichberg exploited his connections within the police department to speed up gun license processing, make tickets disappear, get police escorts for him and his friends, get assistance from uniformed personnel to resolve personal disputes and boost security at religious sites and events.

Reichberg even managed to get his connections to shut down a lane of the Lincoln Tunnel connecting New Jersey and Manhattan and obtain a police escort for a businessman visiting the U.S., the complaint said.

In return, Reichberg and another businessman showered his favored police officials with well over $100,000 in benefits from 2012 to 2015, including prostitutes, home improvements and prime seats to sporting events, prosecutors said.

Harrington and an unidentified police official let a businessman buy dinner once or twice a week for 18 months at expensive Manhattan restaurants, where bills ran $400 to $500, they said.

Among the other favors was $59,000 spent on a private jet in February 2013 that took Reichberg, an unidentified detective and Grant, commander of an Upper East Side precinct, to Las Vegas, the court papers said. The complaint said Reichberg and another businessman arranged for a prostitute to join the flight and spend the weekend with the group, staying in Grant's luxury hotel room.

According to the complaint, the prostitute told law enforcement agents that Grant and others "took advantage of her services" during the trip.

The court papers also alleged Reichberg and an unidentified real estate businessman who has pleaded guilty and is cooperating with authorities wore elf hats as they drove to Grant's Staten Island home on Christmas 2013 to give Grant a video game system for his children and a $1,000 piece of jewelry for his wife. Authorities said they captured Grant on a recorded telephone call a year later grumbling that his two "elves" did not come for Christmas that year.

"So much irrelevant garbage came into evidence and made it difficult for jurors to see what exactly is the issue here," she wrote.

Sentencing is set for April. Necheles indicated she would appeal the verdict.