Kate Middleton's brother, James, opens up about battle with depression, anxiety brought on by fame 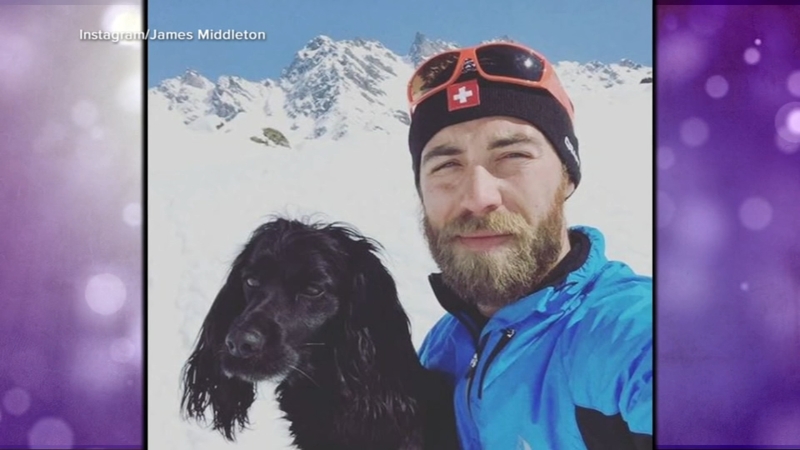 James Middleton is opening up about his battle with depression and anxiety.

After being thrust into the spotlight when his sister, Kate, started dating Prince William in 2003, James recently admitted in an interview it put him under pressure.

Kate's brother tells British magazine Tatler that he was crippled by the illness.

"It's what keeps you in bed, while anxiety makes you feel guilty for being there," Middleton told the magazine.

Middleton acknowledges that he has a charmed existence, saying when the depression struck, he asked himself "what do I have to be depressed about?"

"I've been so lucky with my upbringing, I had all the things I wanted, said Middleton. "It's not that I wanted more, but there was something that wasn't always there... And the more I ignored it, the more it was taking over."

In the interview, Middleton says that when his sister married the future King of England he was suddenly thrust into the public spotlight and struggled with the public scrutiny.

"Suddenly, and very publicly, I was being judged about whether I was a success or a failure," he said. "That does put pressure on you. Because in my mind I'm doing this irrespective of my family and events that have happened."

Middleton says his crisis point came in late 2017 and he sought professional help.

In January of this year, Middleton wrote very candidly in the Daily Mail about his mental health problems.

He said then that he came forward to tell his story to help remove the stigma surrounding mental health - a cause close to his sister's heart.

Kate, alongside Princes Will and Harry spearhead "The HeadsTogether" initiative.

In the interview, Middleton says that therapy has helped him.

"I am happy - I feel like James Middleton again. I feel like I was when I was 13, excited about life," he said. "I feel like myself again and I couldn't ask for more."
Report a correction or typo
Related topics:
health & fitnessdepressionsocietyu.s. & worldmental health
Copyright © 2022 ABC, Inc.
TOP STORIES
Meat Loaf, 'Bat Out of Hell' rock superstar, dies at 74
Burglary suspect who fired at police in Bronx was out on bond
CDC says omicron in NYC wastewater before reported in South Africa
Watch NatGeo documentary 'The First Wave' free for 48 hours
7 On Your Side: Tips for ordering your at-home COVID tests safely
AccuWeather: Frigid Friday
Livery driver stabbed and carjacked in Bronx
Show More
COVID Updates: 2 companies accused of COVID testing fraud
18-year-old taking groceries to grandma killed by stray bullet in NJ
10-year-old child struck by vehicle in Queens; Driver in custody
FDNY, NYPD perform water rescue saving two children from frozen pond
Teachers union says LI district not enforcing mask mandate
More TOP STORIES News