Arrest made after New Jersey man allegedly carjacked, robbed and locked in trunk 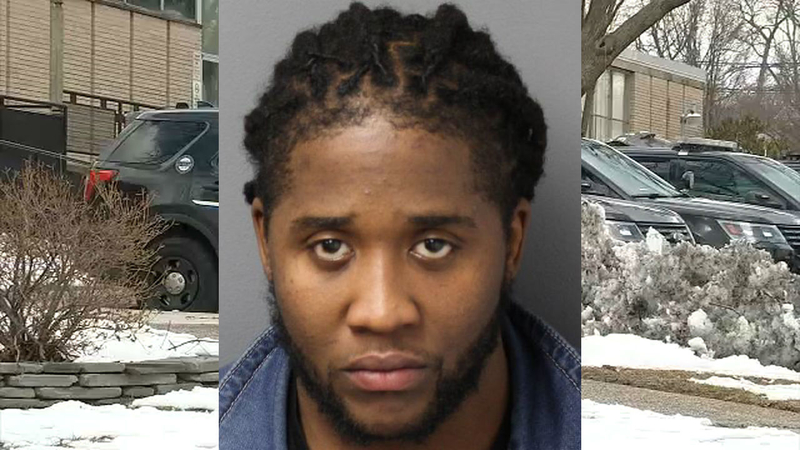 Arrest made after New Jersey man allegedly carjacked, robbed and locked in trunk

HILLSIDE, New Jersey (WABC) -- A New Jersey man has been arrested after a man was allegedly carjacked, kidnapped and robbed at gunpoint earlier this week.

The victim was reportedly found locked in the truck of a car on Lindsley Avenue in Irvington Thursday morning. Police say two suspects had forced the victim to withdraw cash at various local banks in the area.

When police executed a search warrant at his home, they found a ski mask and a .45-caliber handgun at the scene.

The victim had apparently been in the back of the car for a while when a teen walking her dog heard the cries for help.

"I heard knocking and scratching on the trunk of the car, and I just backed up because I was scared," Kayla Rose said. "And then I heard it again. And then I said, 'Hello.' And he was like, 'Hello, can anybody help me?'"

Kayla's mom, Marie Banks, said she was stunned when her daughter rushed into the house visibly shaken by the startling encounter. At first, she didn't believe what she was hearing.

"She hears scratching and somebody trying to bang, and she's like, what is that," Banks said. "He was shaken up. He was beat up. I guess he was very happy, thankful for my daughter that she found him."

Other residents came out and tried to help him escape.

"I got a crowbar and tried to pop the trunk, but it just bent the metal," Irvington resident Joe Bollaro said. "The cops were coming, so I didn't want to, I said, 'They're coming. Hold on.' I said, 'Can you breath? He said, 'Yeah.'"

When officers arrived, they opened the trunk. Witnesses say the victim had been tied up and told them he was beaten, but they say he appeared to be in good condition.

The Union County Crime Stoppers are offering a reward of up to $10,000 for information leading to an additional arrest and indictment in this case; tips can be given anonymously by phone at 908-654-TIPS (8477) or online at www.uctip.org.