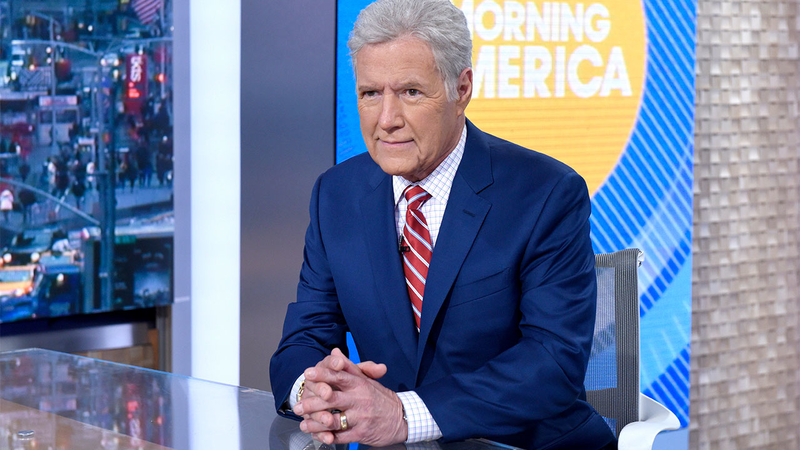 One "Jeopardy!" superfan is celebrating the 36th season premiere of the game show with an homage to longtime host Alex Trebek.

New York-based technology and culture writer Rex Sorgatz has created "The Trebek Affirmation Soundboard" which plays audio clips of Trebek's responses from episodes across the many decades he's been hosting the popular quiz show.

Sorgatz says he created the soundboard for Trebek.

"It's for those moments in life when your fans could use a little nudge of support. Because no one offers encouragement quite like Alex Trebek," Sorgatz said.

The soundboard looks like a "Jeopardy!" board with categories 'Good Vibes,' 'Contagious Enthusiasm,' 'Everything is Awesome,' 'Even Wrong is Right,' 'Jubilant Potpourri,' and 'You are Killing It.'

If you click on the clues, you'll get to hear Alex Trebek say such things as:

And there's even a response from IBM's Watson computer.

"It took about a week to make," Sorgatz said. "About half of that was coding and designing it, and the other half was watching lots of old 'Jeopardy!' episodes, finding good Trebekianisms, and clipping them into audio snippets."

Trebek, 79, announced in March that he had been diagnosed with stage 4 pancreatic cancer.

Last month, Trebek indicated that his chemotherapy treatments were over and his current condition is "all I can hope for right now."

"His recovery got me thinking about how culturally underappreciated he is. So I started this project in his honor," Sorgatz said.

Sorgatz said there is a myth that Trebek is a smug snob, perhaps due to Will Ferrell's portrayal of the host on "Saturday Night Live" sketches.

But Sorgatz said Trebek is the complete opposite and the soundboard proves just that.

"The dude loves to express encouragement. His enunciation of a simple 'correct' can make you feel like you just discovered the Ark of the Covenant, found the end of (Pi), translated the Voynich manuscript, and identified the Zodiac Killer - all in an afternoon," Sorgatz said.

Sorgatz said he has tried out for "Jeopardy!" a few times over the years, but never got the chance to be a contestant.

Despite that, he continues to watch and sees Trebek like a family member and "a friend you didn't want to lose."

So will Sorgatz be watching the season premiere?

"Oh for sure! I haven't missed an episode in probably 20 years. I'm a true superfan!" Sorgatz said.

Season 36 of "Jeopardy!" premieres Monday, Sept. 9. Click here to find out when it airs in your city.