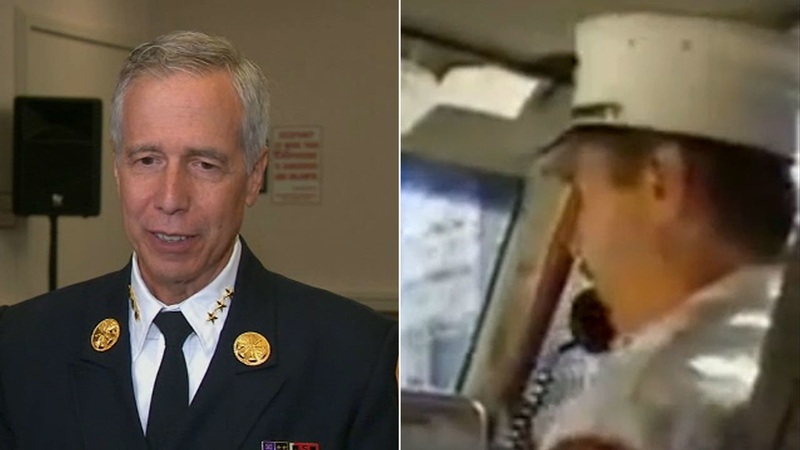 NEW YORK (WABC) -- As Chief Joe Pfeifer spends his last days in the FDNY, he is still busy warning others what he knows best.

"The one that we are afraid of is one of vertical terrorism. An attack on a high rise building," he said..

The Chief of Counterterrorism and Emergency Preparedness is a foremost expert in vertical terrorism and spoke at the National Homeland Security Conference on Wednesday.

On September 11, 2001, then Battalion Chief Pfeifer was the first in the North Tower of the Trade Center. A French film crew was documenting his day when the planes struck and then following the heroic efforts of first responders. It was also the day he lost his brother Kevin, an FDNY lieutenant.

"Those tragedies motivate us to move forward, to bring different agencies together," he said.

Looking back on his 37 year distinguished career, he reflects on being a firefighter and bringing about positive change.

"Things happen and instead of saying, 'you want me to do what?' What I wound up saying and so many other people was, how can I help?"

He will continue helping, teaching and training future leaders at Columbia University and Harvard.

"It was an exciting adventure, with the background of 9/11, but always looking forward," Pfeifer said.