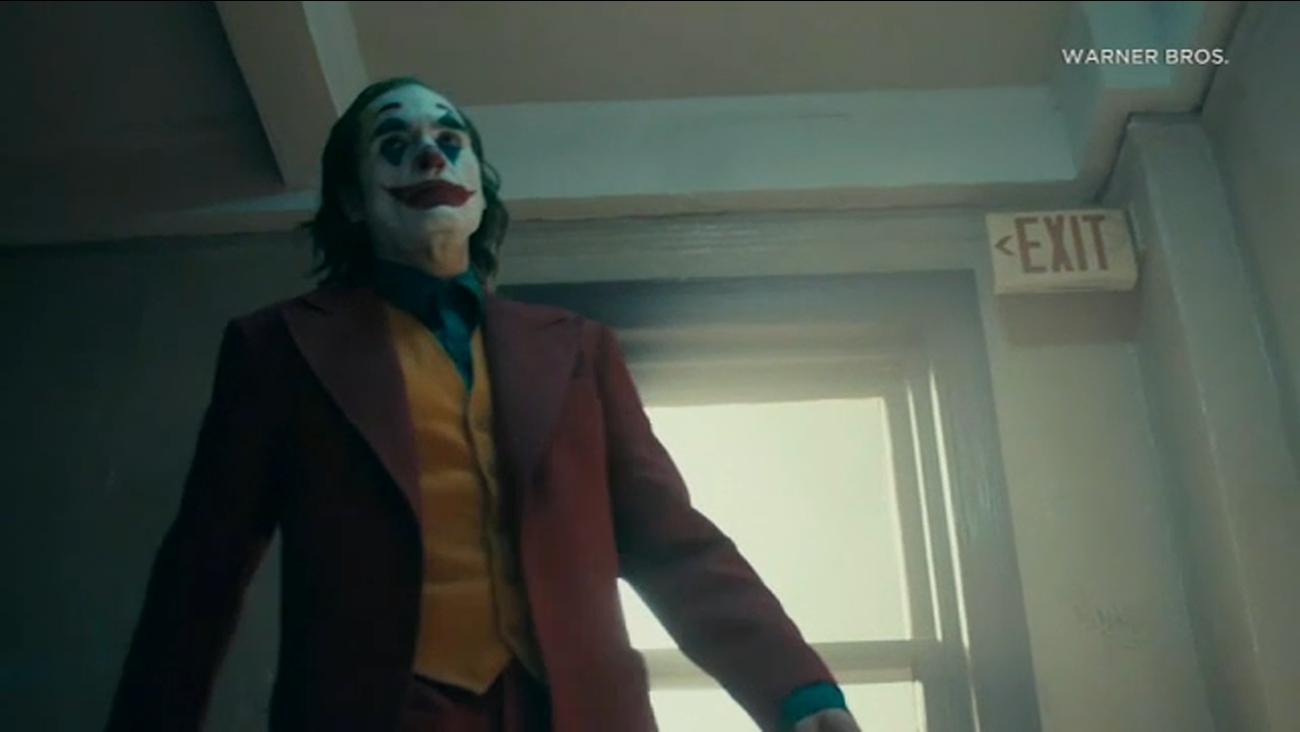 Although these tips date back to at least May 2019, the FBI has no information indicating anything specific or credible to particular locations.

Some argue that the soon-to-released psychological thriller, starring Joaquin Phoenix, portrays a mass murderer and could therefore inspire real violence.

Some of the threats contain references to INCEL, the involuntary celibate community, and a subset that refers to itself as "Clowncels." Though the FBI said many INCELS do not engage in violence, they are linked to at least 27 deaths since 2014, the bulletin said.

That theater will not screen "Joker" at all.

"While a connection between the Aurora mass shooter and the "Joker" character has not been corroborated by investigation, a review of associated online postings reveals that individuals frequently equate the two," the bulletin said.

Despite the lack of specificity and credibility, the bulletin made clear the FBI's ongoing concern about the "volume of threatening language" that could lead to "lone offender violence."

This is prompting law enforcement across the country to respond. In Yonkers, Westchester County, police are increasing their presence at local theaters over the weekend.

Other theaters are banning masks and face paint for audiences.

"Joker" is scheduled to release Friday.