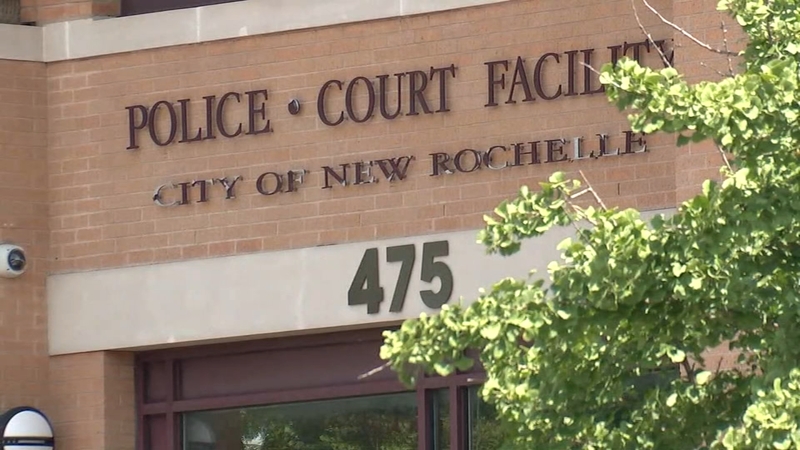 NEW ROCHELLE, Westchester County (WABC) -- The officer involved in a deadly police shooting in New Rochelle has been cleared of wrongdoing, Westchester County District Attorney Anthony Scarpino announced Wednesday, after a grand jury voted not to indict him.

Kamal Flowers was shot twice by Officer Alec McKenna after allegedly fleeing a traffic stop just after 11 p.m. on June 5.

"The death of Kamal Flowers was tragic," Scarpino said. "His family and friends have lost a loved one and are devastated by this loss. I am deeply saddened by his death because his life mattered. Any use of deadly force is difficult to accept. We want the Flowers family and the people of New Rochelle to know, this investigation took top priority for this office, and, even as we have been challenged by the coronavirus. We did everything to ensure the investigation's veracity."

Police say when they pulled over a car on Pierce Street Flowers, Flowers -- a passenger inside -- ran from the vehicle on foot.

According to authorities, McKenna was attempting to use his Taser when Flowers displayed a gun and was shot.

A weapon was recovered at the scene that police say was close to where Flowers was lying on the ground.

McKenna, a five-year veteran of the department, and another officer had been put on administrative leave.

Scarpino said that in the interest of transparency, the District Attorney's Office petitioned the court to allow information related to the presentation to the grand jury to be revealed, including the charges that were presented.

Judge David Zuckerman ordered the following statement could be released to the public:

A Westchester Grand Jury has completed its investigation into the tragic shooting death of Kamal Flowers in the City of New Rochelle on June 5, 2020, and the involvement of Police Officer Alec McKenna. The shooting took place at approximately 10:54 p.m. on Sharot Street. The investigation into the circumstances surrounding Mr. Flowers' death began immediately following the incident.

On June 06, 2020, the day following the shooting, the Attorney General's Office declined to take the investigation since the deceased was armed at the time of the incident. As such, the Attorney General determined the matter fell outside the jurisdiction of her office under Executive Order 147.

A Westchester County Grand Jury began hearing testimony Monday, Oct. 26, 2020, and concluded on the sixth day, Monday, Nov. 2, 2020. The grand jury conducted a thorough and exhaustive review of the evidence.

Pursuant to an order of the Westchester County Court that empaneled the grand jury sitting in this manner, the following is the only information the court is permitting to be disclosed by law:

--The police officer involved in the incident testified before the grand jury, waiving the immunity which he otherwise would have received.

--In addition, the grand jury heard from 35 people, among them 12 New Rochelle Police Department employees, 11 civilians, and four witnesses from other public agencies including New York State Police, Westchester County Department of Public Safety, and the Empress Ambulance company.

--The grand jury was presented with the defaced and operable 9mm Ruger semi-automatic handgun with 10 9mm rounds of ammunition found at the scene and in Mr. Flowers' pocket.

--A total of 223 exhibits were admitted into evidence before the grand jury, including:
-138 photographs
-6 maps
-3 documents
-33 video files - 25 of which came from surveillance cameras during and around the time of the incident
-4 audio recordings including radio calls and a 911 call
-16 individual physical exhibits (including the 9mm Ruger)

The grand jury heard all the evidence on the use of deadly force during this police encounter. The grand jury was provided with the charge of intentional murder. As required by law, the grand jury was instructed on the defense of justification under Article 35 of the Penal Law as to the use of force and deadly physical force by the police.

After deliberating on the evidence presented in this matter, the grand jury found no reasonable cause to vote an indictment.