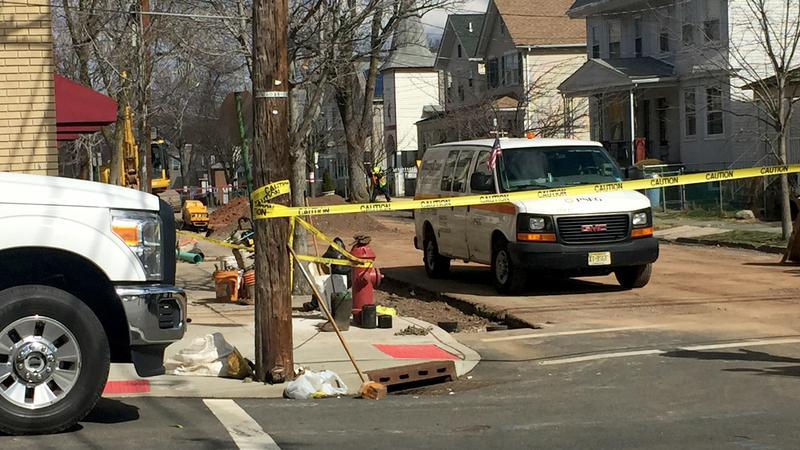 The leaks happened near Central Avenue and Second Street and Elm Street near Quincy Avenue in Kearny.

Emergency workers forced people in the immediate area to leave their homes for hours. They've since been allowed to return.

"I was sleeping and they knocked on the door and told me I had to leave," Alexa Ansara, who lives on the street, said.

The gas line breaks were caused by construction crews at each location.

Brooke Houston, spokeswoman for PSE&G, said the Central Avenue leak happened in a commercial section of the city and no customers lost gas service. The leak on Elm Street was caused by a contractor hitting a 2-inche service line that runs to an apartment building.

As a result of the leaks, and an apartment building, several homes and apartments were evacuated. Traffic was also tied up near the leak in the commercial section.

Firefighters check each of the homes and buildings to check gas levels and air quality before people were allowed to return.