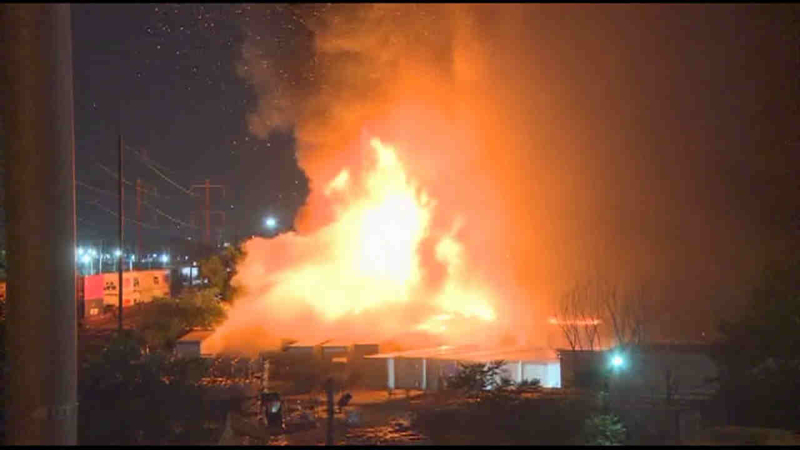 NEWARK, New Jersey (WABC) -- It took hours to bring a four-alarm fire that burned through commercial buildings in Newark Tuesday morning under control.

The commercial building where the fire began houses steel and plastic containers, and other work materials. The warehouse contained combustible materials, which was also a concern.

Fire quickly spread to an adjacent building, trailers and cars parked outside. A transformer explosion ignited a third building.

It took firefighters time to gain entry due to obstructions and a partial building collapse. About 120 responded and they also had water and electrical problems.

The fire reached four alarms before it was contained. It was hours before the fire could be knocked down.

Kearny was open Tuesday for business, but only on a limited basis. It's still not clear when employees will be able to return to work.