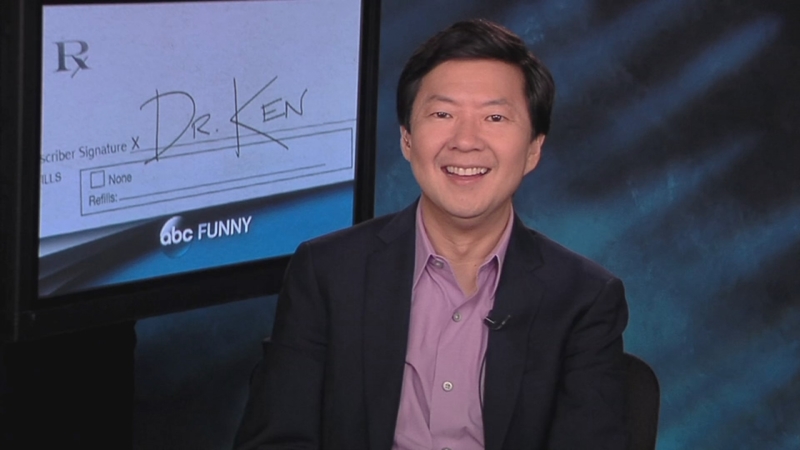 Ken Jeong jumps off stage to help woman having seizure

PHOENIX -- Real life doctor-turned-actor Ken Jeong's instincts kicked in in the middle of a comedy performance.

Witnesses at a comedy club in Phoenix said Jeong jumped off stage to help a woman in the audience who appeared to be having a seizure on Saturday.

The former star of ABC's "Dr. Ken" stayed with the woman until paramedics arrived, then he returned back to the stage.

The actor's representative, Michelle Margolis, confirmed reports that the 48-year-old Jeong and an emergency medical technician in the audience helped the woman until paramedics arrived. She was taken to a hospital. There was no immediate word on the woman's identity or condition.

In addition to "Dr. Ken," Jeong has also appeared in "The Hangover" movie franchise and TV's "Community."