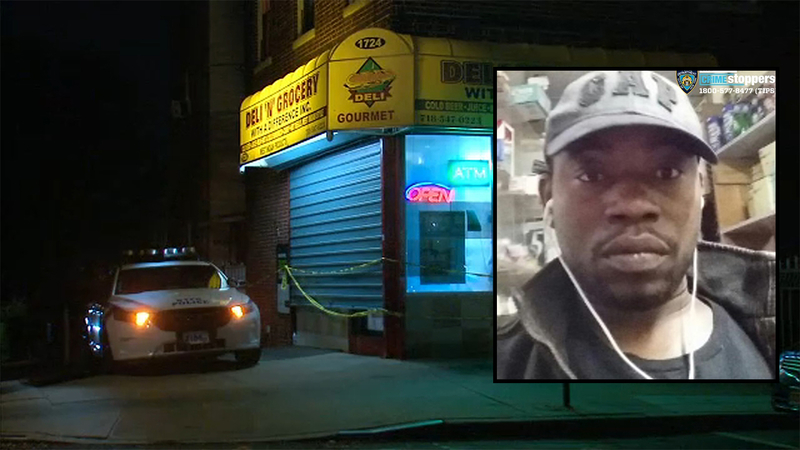 WAKEFIELD, Bronx (WABC) -- Police are investigating a bizarre kidnapping in the Bronx after officers searching a bodega for two drug suspects discovered a man tied up in the building's basement who claimed he'd been taken by a group of people.

Authorities say the incident began with police chasing two suspects wanted on a drug crime who they believed may have entered the Deli N Grocery with a Difference, Inc, on Bussing Avenue in the Wakefield section.

They asked a store employee, 35-year-old Richard Millwood, if they could search the basement, and Millwood reported told them he needed to "check something."

When officers followed him to the basement of the bodega, they discovered a a 49-year-old man who said he'd been kidnapped and bound by four people and held against his will for more than three days.

The victim told them he was tied to a pole and then beaten about his head and body, slapped in the face with a machete and struck in the chest, legs and arm with the butt of a rifle.

Police say the suspects put a gun barrel in his mouth and threatened to "blow your head off right now," apparently over money.

Authorities say Millwood fled as officers were making the discovery, and he is currently being sought.

Investigators did arrest one person, Orinthia Gifford, who lives above the deli, after the victim said she was connected to the kidnapping.

The victim is expected to recover.

Gifford is facing several charges, including kidnapping and assault. Millwood and the victim both have lengthy criminal records, according to police.