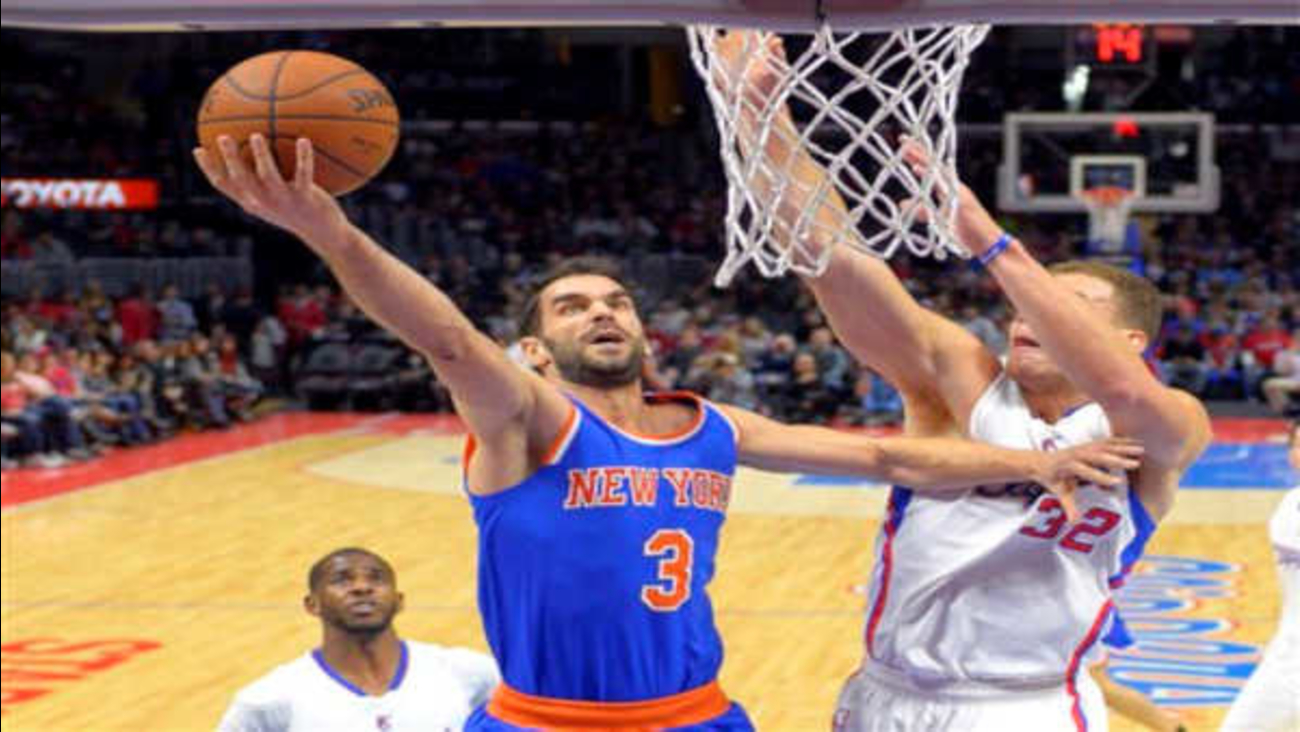 DeAndre Jordan added 14 points and 12 rebounds for Los Angeles, and Blake Griffin had 13 points, seven rebounds and tied his career high with 11 assists. Jordan and Griffin scored four points apiece in the second-half spurt that stretched the Clippers' lead from 10 points to 23.

Griffin set up Jordan's dunk with an alley-oop pass, a play they executed to perfection in the second quarter, too. Chris Paul, who finished with eight assists, hit a 3-pointer for his first basket of the game as part of the run.

Carmelo Anthony was the only Knicks player in double figures with 19 points despite a sore right knee. New York led just once to start the game while falling to 2-16 on the road.

Knicks team president Phil Jackson was on hand at Staples Center, where he once guided the Lakers to repeat NBA championships. New York tied a season low for points.

Leading 63-40, the Clippers got outscored 18-11 to close out the third. But the Knicks couldn't get a sustained run together in the fourth, which began with a 3-pointer by Spencer Hawes and a three-point play from Griffin that pushed the Clippers' advantage to 22 points.

Los Angeles shot 44 percent (15 for 34) from 3-point range, with Redick hitting four and Matt Barnes and Jordan Farmar three each. The Knicks had no answer for the league's second-best team from long-range, with New York making just 4 of 17 3-pointers.

Jamal Crawford added 13 points, Farmar 11 and Hawes 10 for the Clippers, who improved to 6-6 in their last 12 games. Crawford had two 3-pointers to pass Peja Stojakovic for ninth on the NBA's career list.

The Knicks twice closed within four points in the second, when Anthony and Cole Aldrich had six points each.

Knicks: New York has lost five straight to the Clippers, including three in Los Angeles. ... The Knicks also lost at Sacramento and Portland on their West Coast trip. ... The Knicks planned to ring in the New Year in Los Angeles before flying home on Thursday, having arrived here on Sunday.

Clippers: Barnes got personal and technical fouls in the second after getting in the face of Andrea Bargnani, who swung his elbows high while holding onto the ball. ... Griffin tied a career high with seven first-half assists. ... Los Angeles' nine-game homestand that began on Dec. 25 and ends on Jan. 11 is the longest on any team's schedule this season and longest in franchise history.