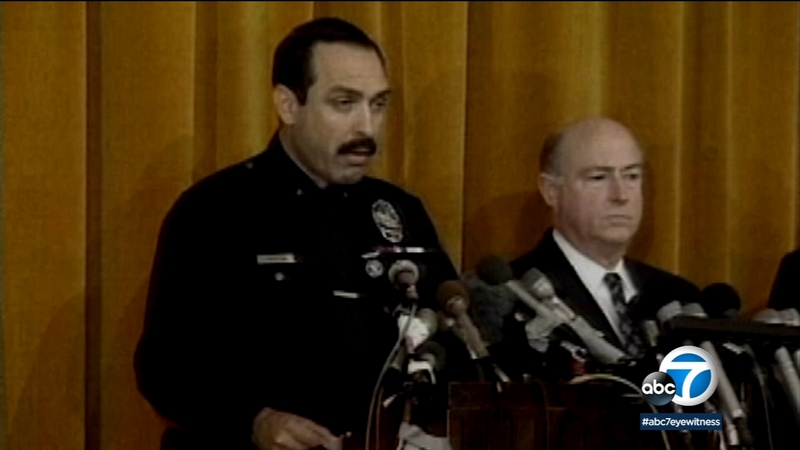 LOS ANGELES -- In the five days following the June 12, 1994 murders of Nicole Brown Simpson and Ron Goldman, O.J. Simpson had become the suspect.

He was supposed to turn himself in to police on the morning of June 17, 1994.

It would be Cmdr. Gascon's job to brief the news media and announce that Simpson had turned himself in.

"We were ready to go, expecting that things were going to happen as anticipated, and they didn't," he said.

At 1:50 p.m., Gascon took the stage in the Parker Center auditorium to deliver a far different message.

"The comments that John Duncan had prepared for me, it had four sheets, and I'm looking at it, and there's nothing in here that I can say anymore," Gascon said. "So, I had to tell them that he had not surrendered, and we were actively searching for him."

"There was that audible, there was a gasp in that auditorium. It was so palpable, and I'm standing there. They sucked the air out of that room," Gascon added.

Gascon was pretty sure Simpson either saw or heard it live as well, so he kept that in mind as he spoke.

Later in the day, Gascon watched the Bronco chase on television. He was in the room when Simpson and his friend A.C. Cowlings spoke to investigators on the phone.

Twenty-five years later, people still come up to Gascon, saying they'll never forget that jaw-dropping moment. The retired cop is quick to remind everyone of what he will never forget.