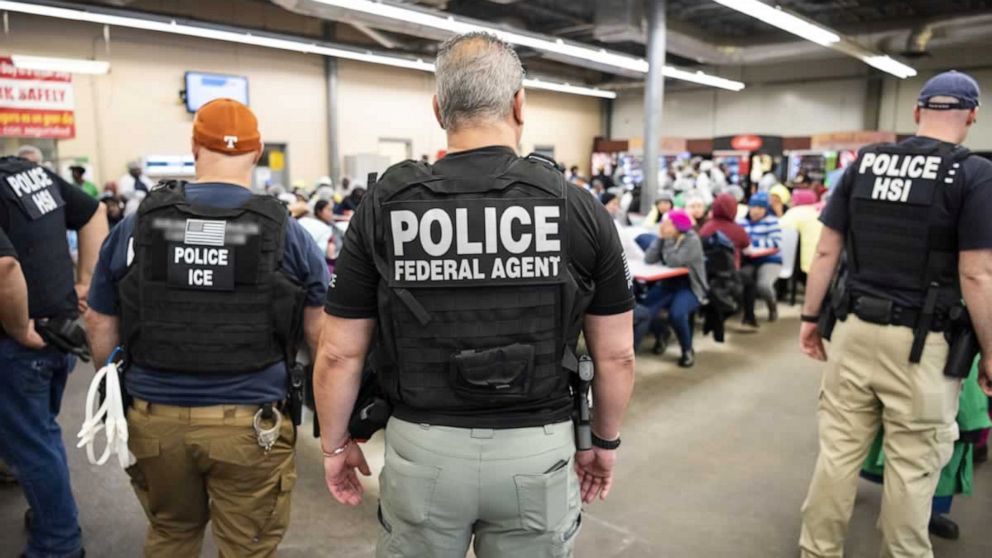 The House Homeland Security Committee convened in Mississippi for a field hearing on Thursday, looking into the impacts of Immigration and Customs Enforcement raids in the area.

In August, hundreds of ICE agents descended into the southern state to arrest workers in what has been described by officials as the largest state-wide raid in U.S. history.

ICE captured evidence of just over 400 instances of fraudulent identities being used by employees at the poultry plants they raided, said Jere Miles, the chief ICE agent overseeing the raids. Prosecutors used those documents to determine whether to move forward in charging those involved with a crime.

The hearing, held at Tougaloo College, looked deeper into the aftereffects of these events, especially on children, months later.

"Children are terrified to go to school because they may return to find their remaining parent gone," Mississippi Rep. Bennie Thompson, chairman of the committee, said. "Three months later, we still don't have a proper explanation of why the federal government planned and executed these raids without accounting for the impact on children, families, and the community."

Texas Rep. Al Green agreed, adding "We do not treat people like that in the United States of America."

ABC News reported in August that for many children in Mississippi it was the beginning of the school year when the raids took place.

Superintendent Tony McGee from the Scott County School District said it was only the second day of school for his area, as ABC News reported. McGee said they started receiving reports about what was happening only a couple hours into the school day.

"It's tough, it's the second day of school and you're 5-years-old, and you come to school with a mom and dad," McGee said. "And [then] all of a sudden you get ready to go home, and you don't have one."

There were about 15 families in McGee's school district that were affected by the operations, ABC News previously reported.

However, Miles told the committee that as the events commenced, the agents called a list of local school districts to warn children that their parents may have been arrested.

"I think we've made great strides in how we deal with an operation like this," Miles later told ABC News. "Can we do better? Yes. We took everything we've learned in this and will apply it going forward."

Miles said the agents were "very compassionate" when it comes to the plight of undocumented workers.

In the first year of the Trump administration, the agency pledged to step up enforcement efforts within the workforce, targeting both illegal management practices and undocumented employees. In the year that followed, the number of ICE investigations into questionable hiring practices increased from 1,691 in budget year 2017 to 6,848 by the end of 2018.

Despite those efforts, the sizable increase in investigations did not correspond to additional employers facing indictment, according to the latest ICE data.

In the aftermath of the raid, civil rights advocacy organizations joined to assist those targeted and worked to fund bonded release about 60 of the immigrants who were arrested. Cliff Johnson, director of the MacArthur Justice Center in Mississippi, said the group has identified as many as 1,500 children who were impacted by the raids.

"This is one of the most, or maybe the most cruel and inhumane forms of government action that I have seen in a very, very long time," said Texas Rep. Sheila Jackson Lee.

"When we round up people based on the color of their skin or their country of origin, we always look back in horror and shame," Johnson said.

Lorena Quiroz, the lead organizer at Working Together Mississippi and Mississippi Immigrant Coalition, told the committee at the hearing that "there's a great need for counseling and trauma-informed care but our mental health system is not equipped to handle these cases. "

Quiroz pointed out that there's only one bi-lingual licensed trauma counselor in the state of Mississippi.

"The trauma that these raids have caused is something that will outlast even the legal cases," she said.
Report a correction or typo
Related topics:
abc newsnational
Copyright © 2020 ABC News Internet Ventures.
More Videos
From CNN Newsource affiliates
TOP STORIES