Driver of school bus that crashed in New Windsor, Orange Co. has died 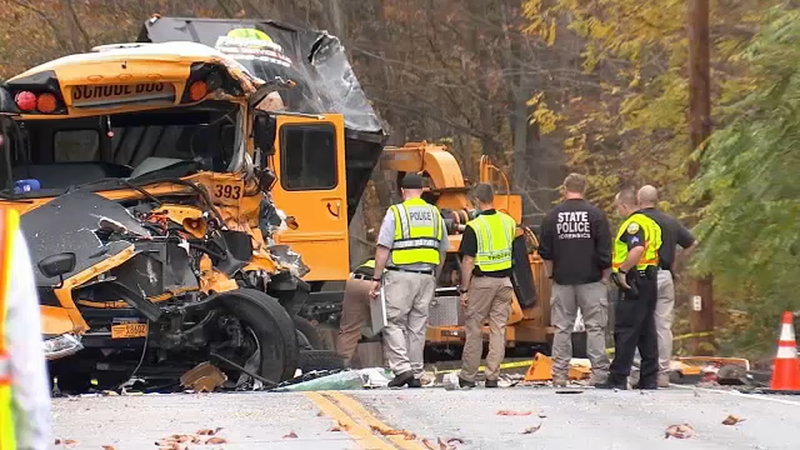 NEW WINDSOR, Orange County (WABC) -- The driver of a school bus that crashed in Orange County in October, in which he was one of three people critically injured, has died.

The family of 74-year-old Andy Sanchez posted the news on a Go Fund Me page, calling him an unquestionable fighter and a kind soul.

He was on of three people critically injured in the crash that also injured several others.

It happened just before 8:30 a.m. on October 21 on Route 207, at Little Britain and Beattie roads, in New Windsor and involved a Little Britain Elementary School bus and a tree trimming truck equipped with a chipper owned by a local landscaping company.

UPDATE: Less than a week after the crash, that little girl was out of the hospital
EMBED More News Videos

A 6-year-old girl is now home from the hospital after she was seriously hurt in a school bus crash last week.

Sanchez, and the driver of the tree trimming truck, 25-year-old Ian Jennings, were also hospitalized in critical condition.