WABC
By Will Jones 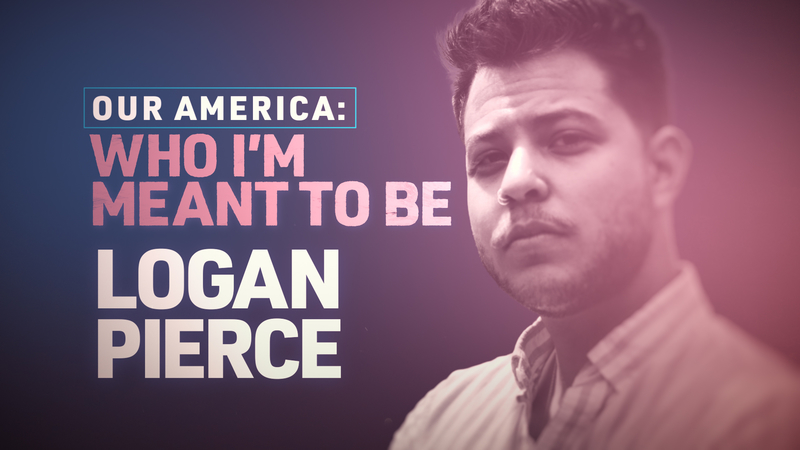 CHICAGO -- Logan Pierce is on a mission to help trans youth find the support they need.

Pierce said sometimes trans youth have parents who struggle with or reject their transition. For some parents, it feels like a loss.

"I think when parents put that projection onto their kid, it's, it's super harmful. And not only that, but your child's alive," Pierce said.

Pierce, who is Korean and white, identifies as a trans masculine person.

"I don't identify necessarily like as a man, but my presence is very masculine," he said. "I use he, him, his pronouns."

Pierce began his transition 10 years ago. As a kid he said he would tell his mom he wanted to be his older brother, Josh, and Michael Jordan. He said his mother told him that was "not possible."

In high school, Pierce came out as a lesbian. But he said it only kind of felt right.

"It wasn't until I started seeing YouTube videos of trans masculine people that I was like, oh wait," he said.

Pierce came out as trans masculine at 18. He said his four siblings and his grandmother, who immigrated from South Korea, embraced his identity.

"I was extremely fortunate to have that kind of love surround me," he said.

Pierce brings those experiences to his role as program coordinator for TransMentor, a mentorship program for trans youth that is run by Lurie Children's Hospital of Chicago. The program pairs young participants with adult mentors.

"We match these folks up to just say like, 'Hey, this is what your future could look like,'" Pierce said.

Throughout the pandemic, mentors and mentees have met mostly virtually.

"It's so much joy just letting all these feelings out and someone being like I understand that," said Ziggy, a mentee.

Pierce said he encourages the mentees to give themselves the freedom to explore their gender and identity.

"What feels right to you right now might not be the same in 10 years. [It] doesn't mean that you're wrong or you're not truly trans," he said. "It just means that you're giving yourself the space to figure it out. And I think that's just so important."