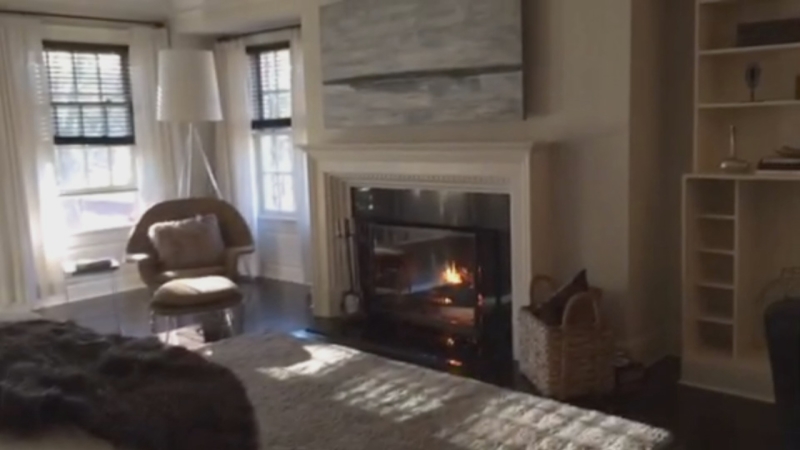 BROOKVILLE (WABC) -- The Long Island mansion shared by Marc Anthony and Jennifer Lopez during the time they were married has dropped in price again, and realtors are now offering an up-close look inside.

The sprawling estate and 16-room home in Brookville is now listed at $9 million, a steal after it was initially put on the market at $12 million.

Stacey Sager has the story.

Anthony considered the home a refuge, even modeling much of the outside after places he visited in Central Park.

"He would come and go to Central Park and write music," Douglas Elliman CEO Dottie Herman said. "So he did the landscaping to replicate what he lived with as a child."

The master bedroom is just one of 10, and each has a wood-burning fireplace. The closets, well, they are more than walk-ins.

Much of the house is understated, but don't be fooled. The master bathroom is posh, and the poshiest of all is where the twins once called home.

Lastly, the buyer is in for other comforts of home. The house has a spa, a recording studio and a home theater that is truly impressive.

"It was the place they brought their kids up," Herman said. "It's hard to believe with J-Lo and Marc Anthony that they were regular people, but their kids and them had a normal life in a wonderful place that they felt was their home."