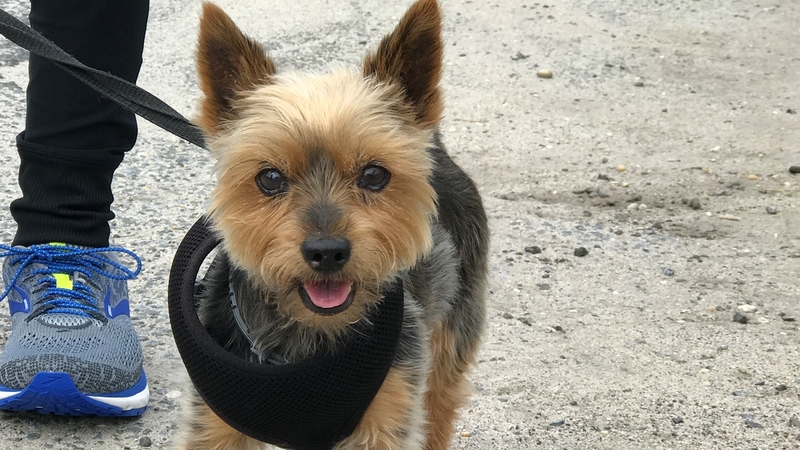 EAST PATCHOGUE, Long Island (WABC) -- Owners of smaller dogs, like 'Baby,' say they carry pepper spray, even golf clubs, when they walk them near the Mud Creek Dog Park in East Patchogue.

It's because the park doesn't require leashes, and two years ago, Baby was attacked by a larger dog, who managed to escape through one of the park's openings.

"Luckily she's here to tell the story. But, it was frightening, and it made us realize that this park is not closed in...and it's frightening," said Annette Racaniello, Baby's owner.

"It's an accident waiting to happen," said Joe Lucas, owner of another small dog.

"There are about four or five openings. Enough, that a dog can easily get through," he added.

The 11-acre Park borders Mud Creek, and the Great South Bay, where owners of larger dogs say, they've always enjoyed the freedom of taking their dogs to swim at the beach, in one of the few places in Suffolk County, where that is allowed.

"It's self-governing. I mean, dogs have to behave. You gotta pay attention as an owner. I don't see what the problem is," said Ken Honce, owner of several Labradors swimming at the park.

The Suffolk County Parks Commissioner did not return Eyewitness News' requests for a comment. However, about five minutes after Channel 7 arrived, contractors hired by the Parks Department showed up to increase the fencing, in at least some areas closest to the street.

However, for Lucas, that isn't enough. He plans to meet with his county legislator about the issue next week. An issue, he says they've been fighting about, for two years now.