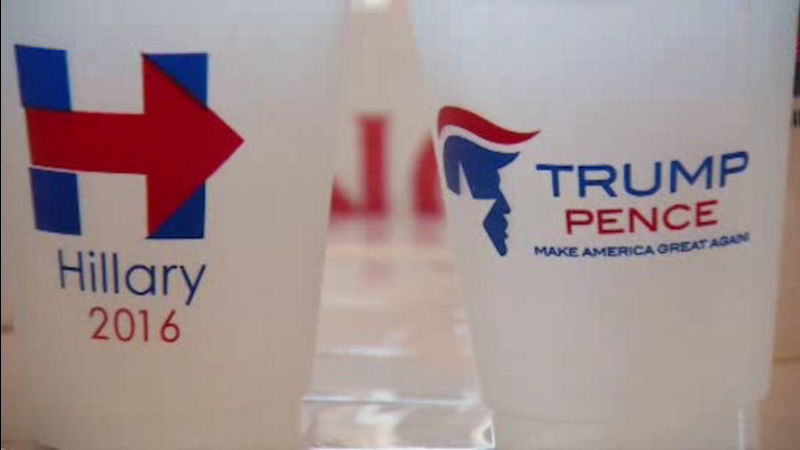 EAST HAMPTON, Long Island (WABC) -- One Long Island business owner is participating in her own form of unscientific polling for the 2016 presidential election in a special way: selling plastic cups.

Valerie Smith is the owner of the Monogram Shop in East Hampton. She's been selling plastic cups with presidential names on them since the 2004 election.

"There's always been a little bit of mischief and sweetness about it," Smith said. "Not this time. People are very straightforward. They march to the desk. They make their purchase and out they go. There's no light conversation and no joking around."

Smith says Trump and Clinton supporters see the cups as much more than just a seasonal product. For the past three elections, the candidate with the most number of cups sold was the eventual winner of the election.

Smith started the tally in April. On July 11th, Trump and Clinton were tied at 1,174 cups each just a week before the Republican National Convention. After that, Clinton began to take the lead.

The shop owner counts the number of cups sold at the end of each day. The updated results are posted in the front window for onlookers to see.

"All day long people stop and look at the numbers, " Smith said, "and comment and tell their friends. And at night if I drive by I see people crowding around the window."

Smith says it's "fascinating" to see people "so committed and so involved" in the presidential race.