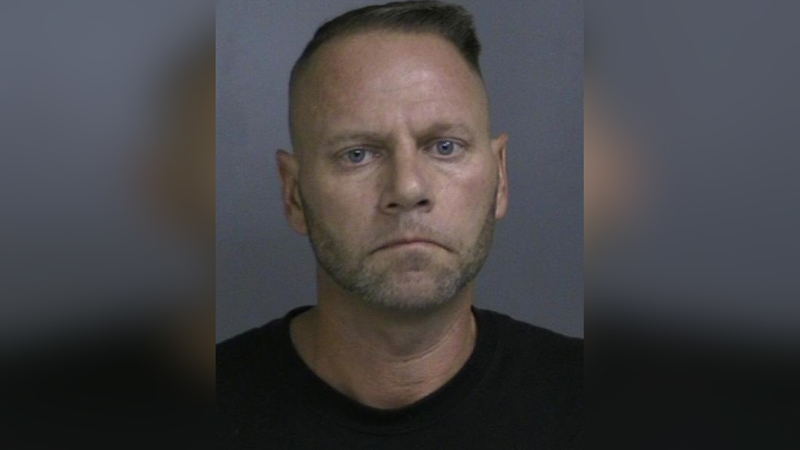 HAUPPAUGE, Suffolk County (WABC) -- A crane driver is accused of driving drunk and crashing into several cars on Long Island, and a police officer jumped onto the moving vehicle to stop the carnage.