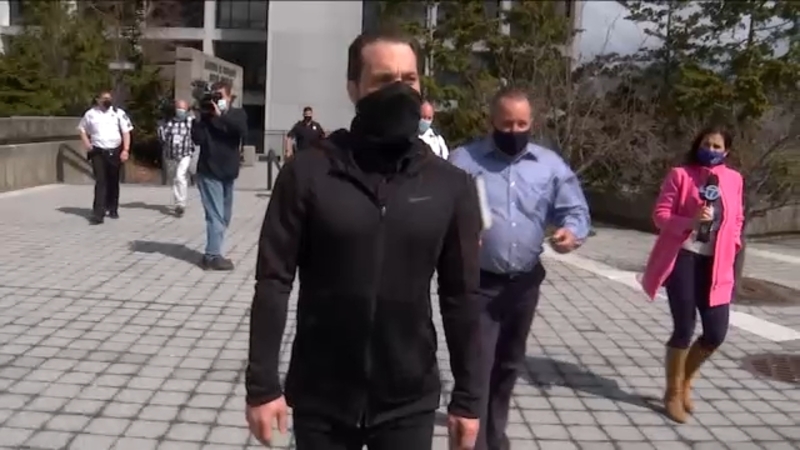 Sini said 36-year-old Christopher Keller, of Manorville, harassed people based upon their religion and sexual orientation.

He is now facing various charges, including felony aggravated harassment as a hate crime, as part of a 36-count indictment.

"When you're targeted based on your religion, that is an extremely isolating and scary feeling to have," Sini said. "This defendant is an absolute menace."

A white non-commissioned Army officer depicted in a viral video accosting and shoving a Black man in a South Carolina neighborhood has been charged with third-degree assault.

Officials say Keller was involved in a number of incidents, including shooting a firearm into three establishments in Holtsville, Medford and Nesconset, as well as into a residence in Kings Park where he also is accused of vandalizing cars outside the home.

He allegedly chose his victims because he believed them to be Jewish or gay, and authorities say he posted extremely disturbing statements on Instagram towards his victims with threats and hatred.

Police were investigating the shootings, and a worker at one of establishments told detectives they had been receiving harassing messages on social media.

There were no injuries in any of incidents.

Keller, an engineer, is free on bail. He faces seven year in prison if convicted.

His attorney, Glenn Obedin, said the evidence will show that other people were harassing his client, and that this is just the beginning of a case with two sides.

Police say the suspect walked up to her, made anti-Asian comments and tried to hit her with a closed fist before running off.