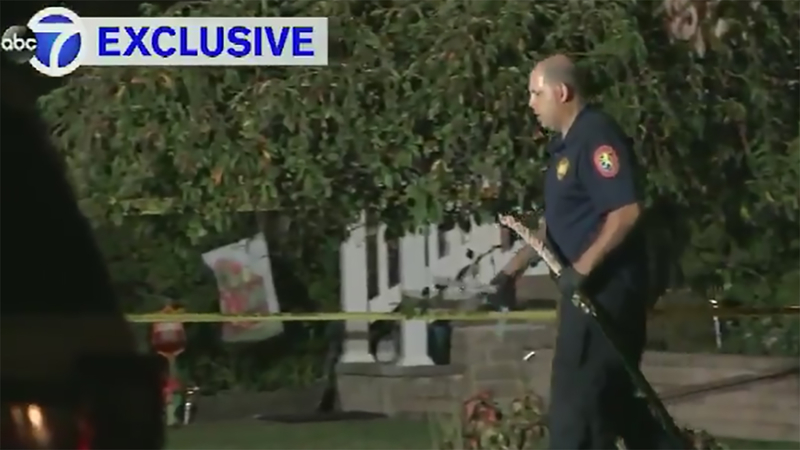 OCEANSIDE, Nassau County (WABC) -- Authorities say a man who lunged at officers with a samurai sword was fatally shot by police on Long Island Tuesday night.

Officers responded to a call for a disturbance at a home on Columbus Avenue in Oceanside at about 6 p.m.

A father and his 36-year-old son were involved in an altercation, according to police. The son threatened the family, and the father was forced to call 911.

"He's been acting erratic the past couple of days," said neighbor Brian McShane. "He went to attack his sister and everything went to hell."

"Two of our police officers arrived here, responded inside the residence," said Nassau County Police Commissioner Patrick Ryder. "The son was very distraught. He had knives in his hand, he then dropped those knives and picked up a samurai sword. The officers instructed him to drop it, they said it several times. He then lunged at the officers and the officers fired shots."

Police performed CPR and rushed the man to the hospital, but it was too late to save his life.

"The dad was very supportive, understood and actually said the officers did everything they could," said Ryder.

McShane lives next door to the home and watched for decades as his neighbors did everything they could to help their son's emotional issues.

"The father is just decimated. It's terrible," said McShane. "Tragedy all around really for the family. Good people. And really just a disturbed boy."

The two responding officers were hospitalized for trauma.

Another officer suffered a back injury while performing CPR on the suspect and is being treated at a hospital.

A fourth officer was involved in a car accident while responding to the scene, but was not seriously injured.