Brother, sister who lost both parents to COVID get help from GoFundMe campaign 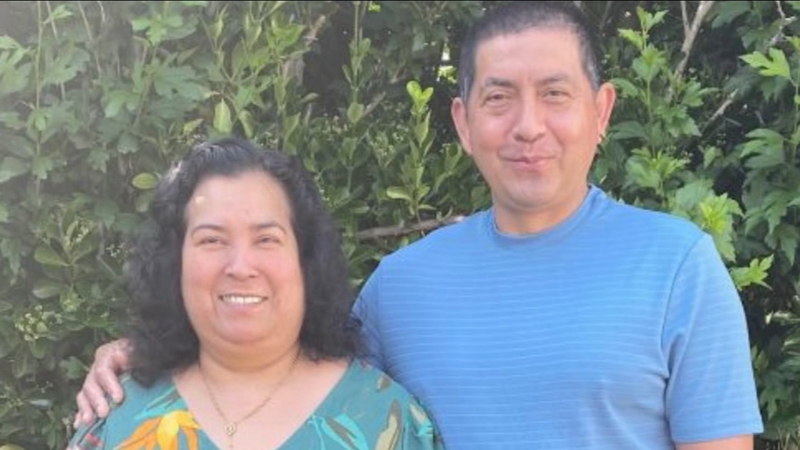 Brother, sister who lost both parents to COVID get help from GoFundMe campaign

MINEOLA, Long Island (WABC) -- A brother and sister from Long Island who lost both their parents in the last month to the coronavirus are getting help from the restaurant where their father worked.

Ernesto Lemus, 52, worked as a chef for the last five years at Spaghettini restaurant in Mineola. He died Tuesday of Covid. His wife, Sandra Lemus, 49, died February 26.

The couple leaves behind a 22-year-old son and an 18-year-old daughter.

"He did so much for his kids. He was the first one to work everyday - last one to leave," said Pasquale Vetrano, owner of Spaghettini. "He loved his kids a lot. We just feel terrible, you know, that this happened."

The restaurant started a GoFundMe campaign to help the Lemus children, Johalmo Lemus and Sandra Lemus, both of Hempstead.

"We're trying to help the kids as much as we can. That's the least we can do right now," said Joe Vetrano with Spaghettini.

As of Friday afternoon, the GoFundMe campaign had raised nearly $24,000.

Sandra Lemus said she is stunned at people's generosity.

"I didn't think that, like, this many people, like, really loved my dad," she said in tears.

Some of those who have donated to the GoFundMe campaign include healthcare workers at NYU Langone Hospital just across the street from the restaurant. Many of them loved seeing Ernesto Lemus's smiling face every time they went to the restaurant.

"He was just here every day during the pandemic from the beginning and he worked hard for the frontline workers," Joe Vetrano said.

Johalmo Lemus said he and his sister are still getting used to the fact that they're now living alone without their parents.

He said he appreciates that the impression his father left on so many people is prompting them to donate to help him and his sister.

"You have to find the lightness in the dark," he said.