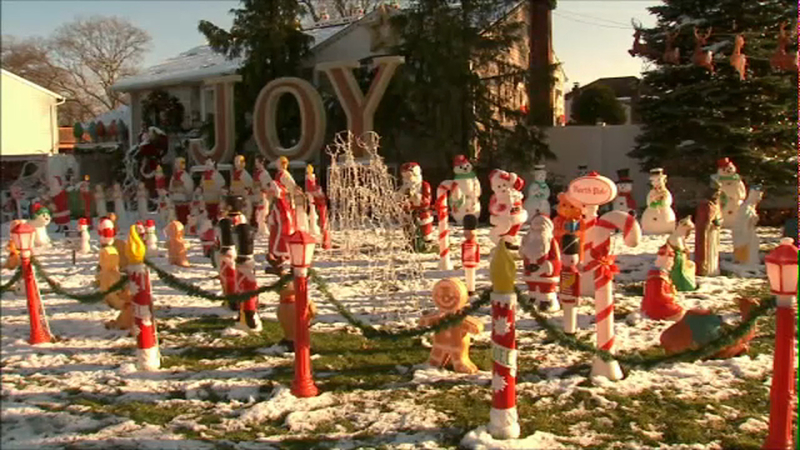 WEST BABYLON, Suffolk County (WABC) -- Police in Suffolk County are on the lookout for the vandals targeting Christmas decorations in the front yards of homes in West Babylon.

Police said the suspects struck four homes in the area since December 6th. Police do not know if all the incidents are related.

A viewer from Farmingdale sent Eyewitness News video of his Christmas decorations being vandalized last Thursday.

"It's not the thing to do. It's Christmas time," said Ken Osman of West Babylon who had his large front yard Christmas display vandalized last week.

Osman told Eyewitness News reporter Kristin Thorne he watched on his phone late last Tuesday night as four men got out of a silver sedan in front of his house and began ransacking his decorations. Osman said he became infuriated when he heard the suspects destroyed the decorations at his neighbor's home.

"If they had $100 dollars to buy what they bought for their kids, they destroyed the $100 worth. Four pieces, they jumped on it. The family had to throw it in the garbage," Osman said. "That's what really got to me."

"I worry about this more than anything," said Osman pointing to a locked steel box filled with cash in his driveway. Osman has collected approximately $10,000 for the foundation since 1989.

Suffolk police are investigating 4 incidents of people at night destroying people's Christmas decorations in West Babylon. This is one incident.