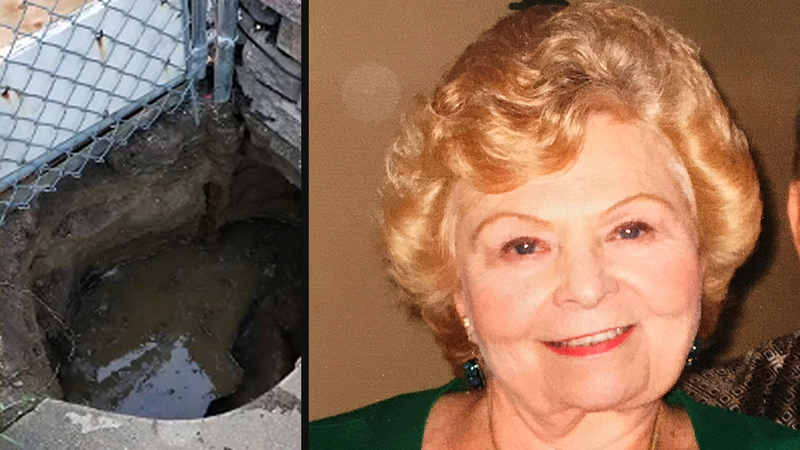 NORTH BABYLON, Long Island (WABC) -- A 77-year-old woman had to be rescued after falling into a cesspool in her Long Island yard Wednesday.

Authorities responded to the home on Weeks Road in North Babylon just before 6:30 p.m.

Joan Sparacino and her husband Mike Biancardi reportedly have a koi pond with turtles and tortoises in their backyard, and the concrete cover to the cesspool somehow gave way when she went to feed a turtle.

She fell about four to six feet into the sewage and was found by her husband two hours later.

Biancardi said they had the cesspool serviced about two months ago, fortunately, otherwise the three feet of sludge she fell in would have been higher and could have killed her.

"The part that collapsed, there's a little ledge she was able to hold onto and keep her head above water," he said. "That's the only thing that saved her."

Rescuers set up a tripod over the hole, and fire department crews connected Sparacino to a safety harness and pulled her out.

"They had to strip her, they had to wash her down with the hose," Biancardi said tearfully. "And I took one look, sludge all over her chest."

She was taken to Good Samaritan Medical Center, where she is expected to remain for several days after surgery to repair a broken leg. She also has a black eye from some debris that fell on her during the rescue.